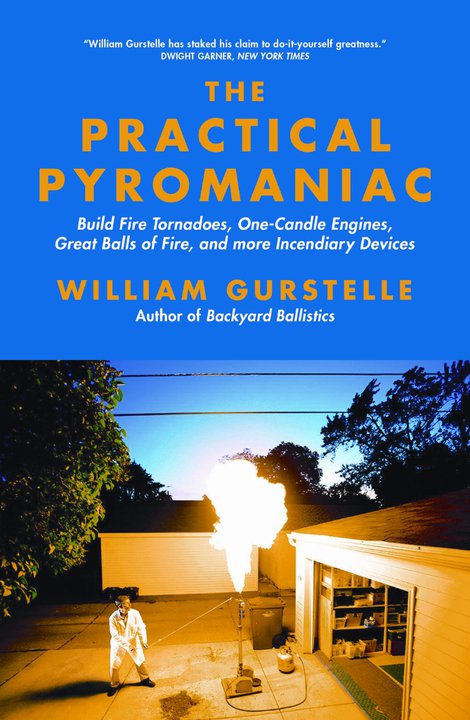 The Practical Pyromaniac by Make Magazine editor William Gurstelle is both a collection of tales from mankind’s history of studying fire, and a handy guide on how to make tornadoes of fire and other historical pyro experiments.

Combining science, history, and DIY pyrotechnics, this book for the workbench warrior explains humankind’s most useful and paradoxical tool: fire. From Franklin’s stove to Diesel’s engine, explosive and fascinating tales are told of the great pyromaniacs who scientifically revealed the mysteries of fire such as “Gunpowder” Joseph Priestly, who discovered oxygen; Antoine Lavoisier, the father of chemistry; and Humphrey Davy, whose chemical discoveries and fiery inventions saved thousands of lives. By following the directions inside, the curious can replicate these breakthrough scientists’ experiments and inventions from the simply fascinating one-candlepower engine to the nearly magical fire piston and an incredible tornado of fire.