This year marks the 150 year anniversary of Quantrill’s Raid, a rebel guerrilla attack during the Civil War that left much of Lawrence, Kansas in ashes. To commemorate the raid, artist Rexy Bodean has launched The Phoenix Project, an endeavor to build and burn a 20 foot tall wooden phoenix sculpture in Lawrence. The sculpture will be burned on the anniversary of the raid, August 21, 2013, in a public ceremony. Bodean is raising funds for the project on Indiegogo. 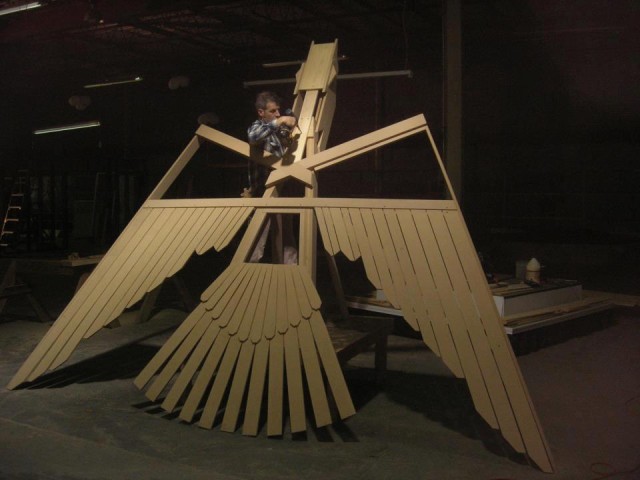 Half-scale model of the phoenix sculpture.