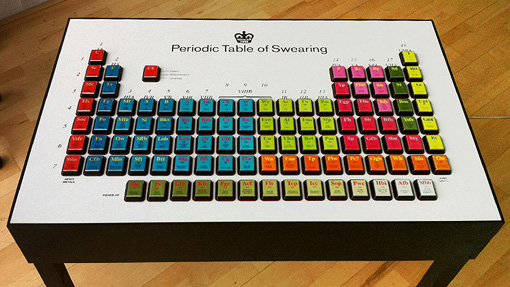 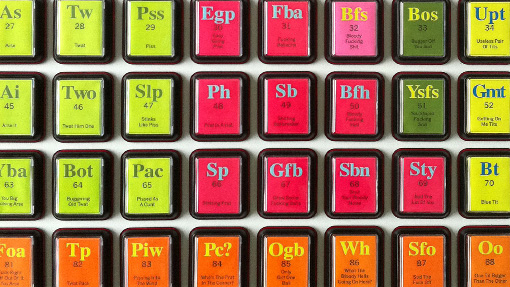 The Periodic Table of Swearing is an interactive audio chart of rude British phrases like “Silly Bastard” (Sb) and “You Look Like a Tit” (Yllt) (see a rude video demo). The chart was designed by Modern Toss and built by UK-based Clay Interactive. A poster version of the chart (which we wrote about previously) can be purchased at Modern Toss.

The Periodic Table of Swearing could be used to come up with swear words for the Charity Swearbox.