Recently we received a curious package at our PO Box from “The Other Mother”. Inside was a note and a handmade button box. The gift is a promotion for “Coraline”, a new animated film based on the 2002 horror novella by Neil Gaiman, directed by Henry Selick through the animation studio LAIKA and staring Dakota Fanning.

Here’s the trailer for Coraline, which is scheduled for release on February 6th, 2009. 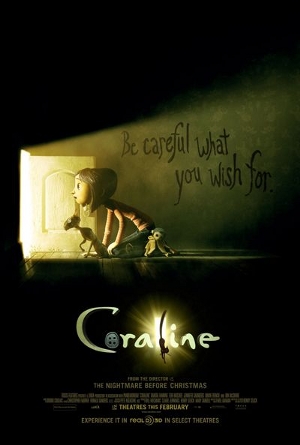