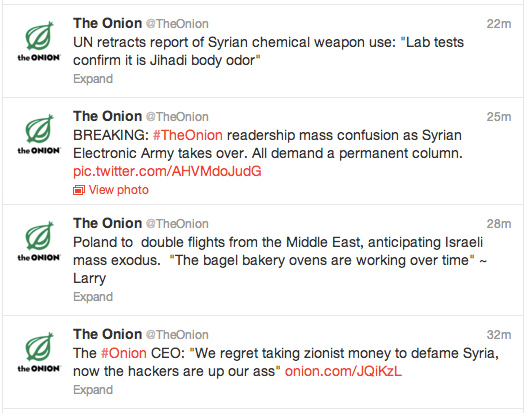 On Monday The Onion’s Twitter account was hijacked by the Syrian Electronic Army, a hacker group that has attacked a number of media sites in recent weeks as part of a campaign to support the embattled regime of Syrian president Bashar al-Assad. During the hack, the group posted a series of their own mock news headlines targeting Syrian rebels, the United States, Israel, and other perceived enemies of the Syrian regime. A Syrian Electronic Army member told The New York Times that the attack was retaliation for an article published by The Onion in March, with the byline Bashar al-Assad: “Hi, In The Past 2 Years, You Have Allowed Me To Kill 70,000 People.”

After regaining control of their Twitter account, The Onion responded in typical style: they posted tips on “how to prevent your major media site from being hacked,” and another article announcing they had changed their Twitter password to OnionMan77. 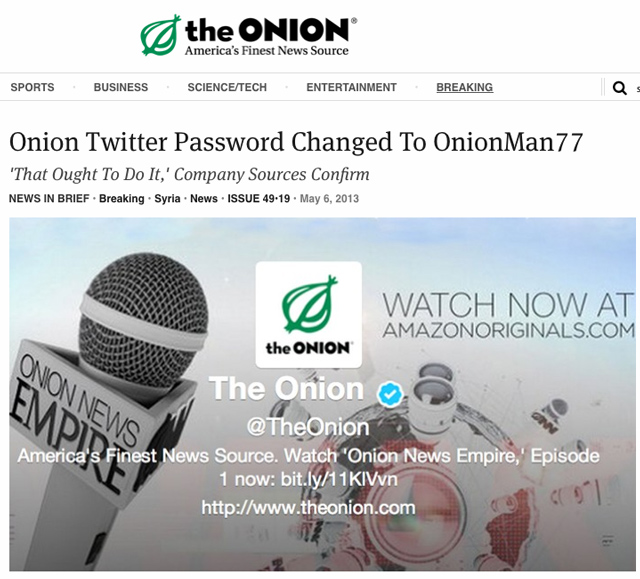