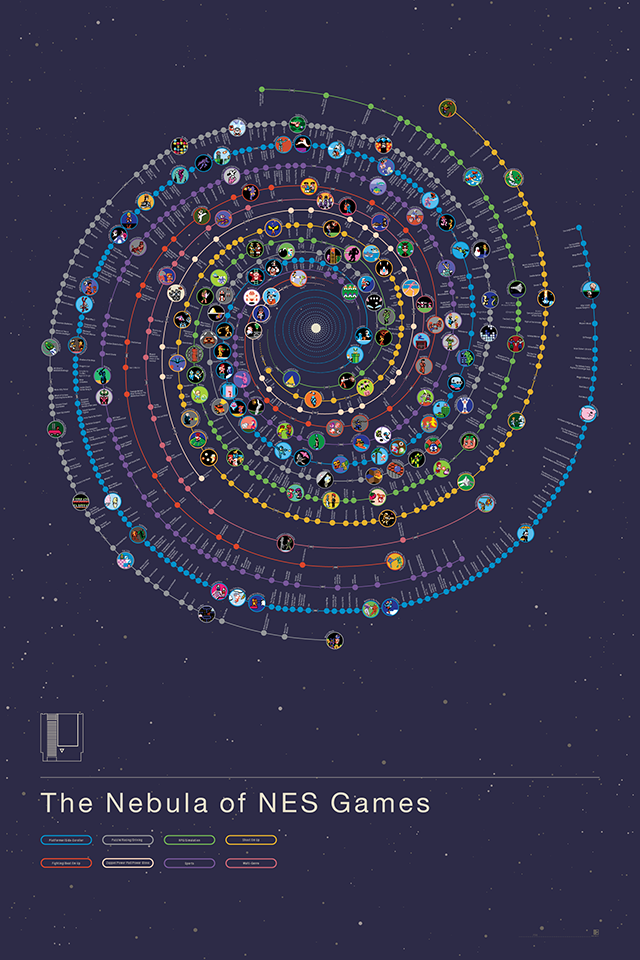 Pop Chart Lab has created “The Nebula of NES Games,” an “out-of-this-world chart” featuring over 700 video games released between 1984 and 1993 for the Nintendo Entertainment System. Signed and numbered prints are available to purchase online. We’ve previously written about Pop Chart Lab and their ongoing collection of creative diagrams.

Starting from the middle and spiraling out, this star system of NES history tracks every game broken down by release date and genre, with over 100 illustrations of notable titles, encompassing classics like ‘Battletoads‘ and ‘Tecmo Bowl‘ as well as obscurities and oddities like ‘Day Dreamin’ Davey‘ and ‘Kickle Cubicle.’ A tribute to the button-mashing days of old, this pan-galactic gallery is the ultimate catalog of NES games.