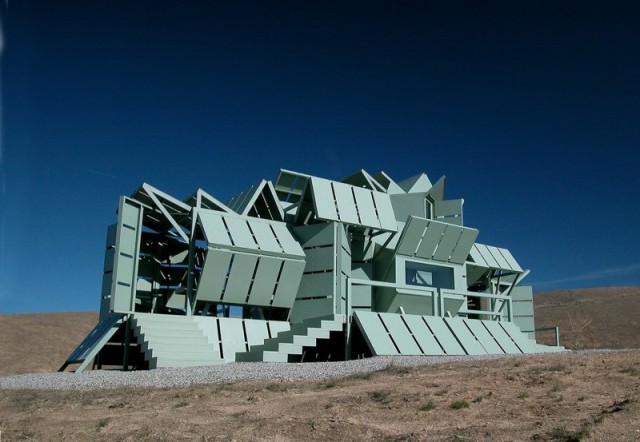 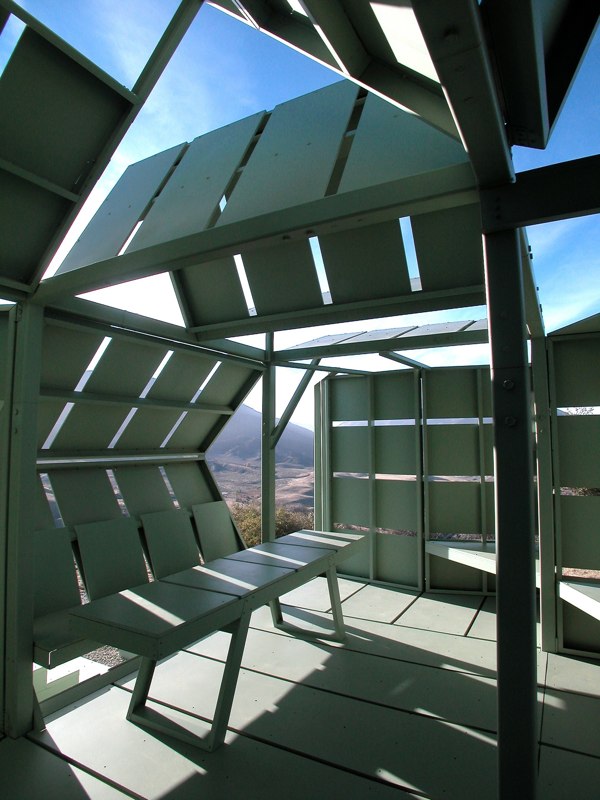 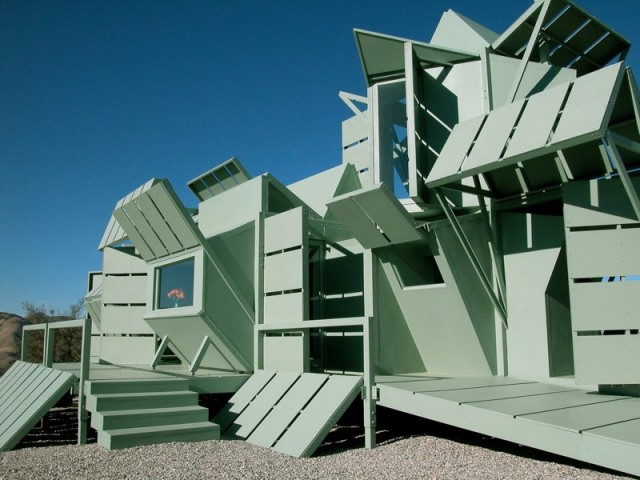 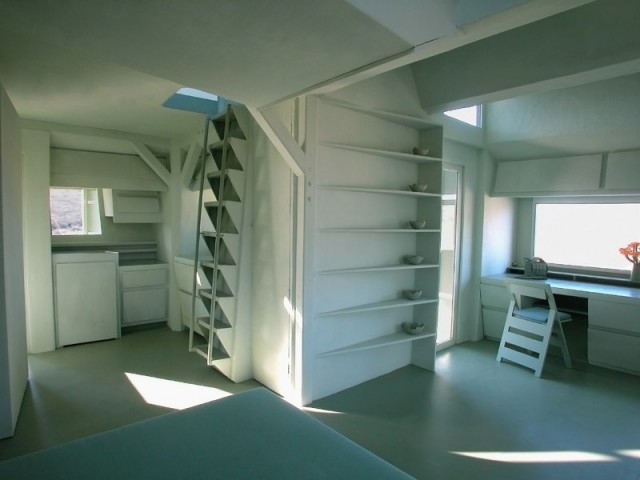 The M-House is a modular home by designer Michael Jantzen that can be easily reconfigured to serve a variety of functions. It is based on Jantzen’s M-Vironment system, which consists of a space frame grid clad in hinged horizontal and vertical panels (this 3D rendering of the M-House shows how it all fits together). Some panels have insulation and windows in order to enclose indoor spaces, others are open to create patios and other open living spaces. The M-house is designed to be energy self sufficient and can be disassembled and moved with relative ease. The only M-House built so far was sold to an art collector in Korea for an undisclosed sum.

For buyers who can’t afford undisclosed sums, Jantzen has also created the M-Velope, a sort of modular gazebo. 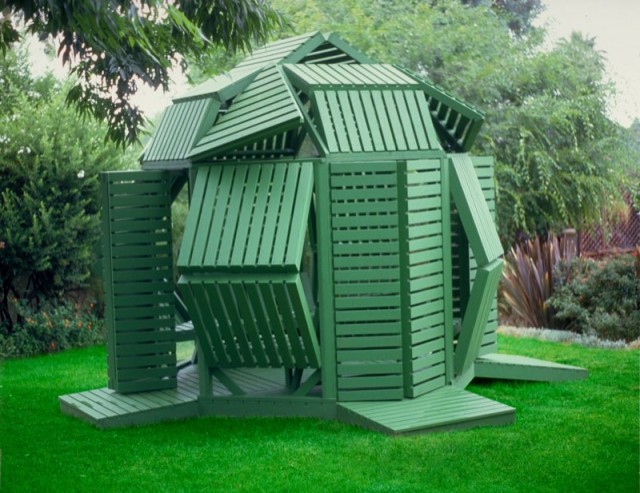