For its 80th anniversary, an animated short titled The LEGO Story was produced to tell the LEGO group history from the years 1932 to 1968. Happy birthday LEGO!

…in 1932 Ole Kirk Christiansen founded a production company for wooden toys in the Danish city of Billund. His central idea was, “Only the best is good enough.” The motto stayed, but other than that, a lot changed. The company has moved from the originally small workshop back in 1932, to become the third largest producer of play materials in the world. It is currently represented in more than 130 countries with approx. 10,000 employees. The name “LEGO” comes from the two Danish words “leg” and “godt”, which translates to “play well”. 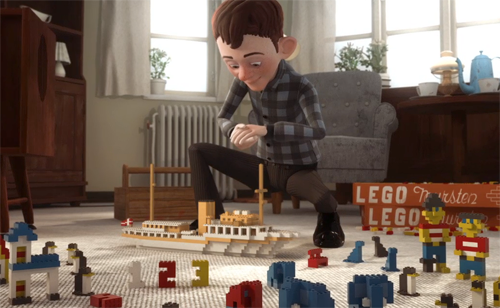