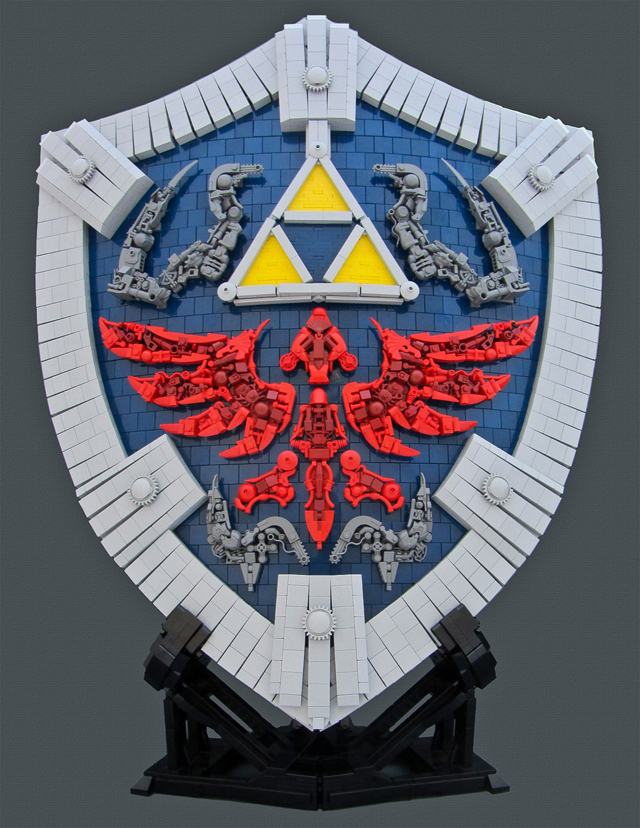 LEGO enthusiast Remi Gagne of Bolt of Blue has recreated the legendary Hylian Shield from The Legend of Zelda: Twilight Princess video game with over 1,000 LEGO bricks and six months of off and on work. The time and effort that Remi put into this beautiful creations shows from top to bottom. The strap and handle on the back of the shield is just as you would find on the video game hero Link’s actual shield. As stated by CNET Australia, Remi bought all of his LEGO pieces through a website called Bricklink, which specializes in individual LEGO piece purchasing instead of having to buy a complete build kit. You can view more photos from the series at Remi and his wife Alyse’s Flickr page. You can also view this masterpiece in person at BrickCon 2012 on Saturday, October 6th and 7th in Seattle or in Los Angeles at the DesignerCon 2012 on Saturday, November 3rd. 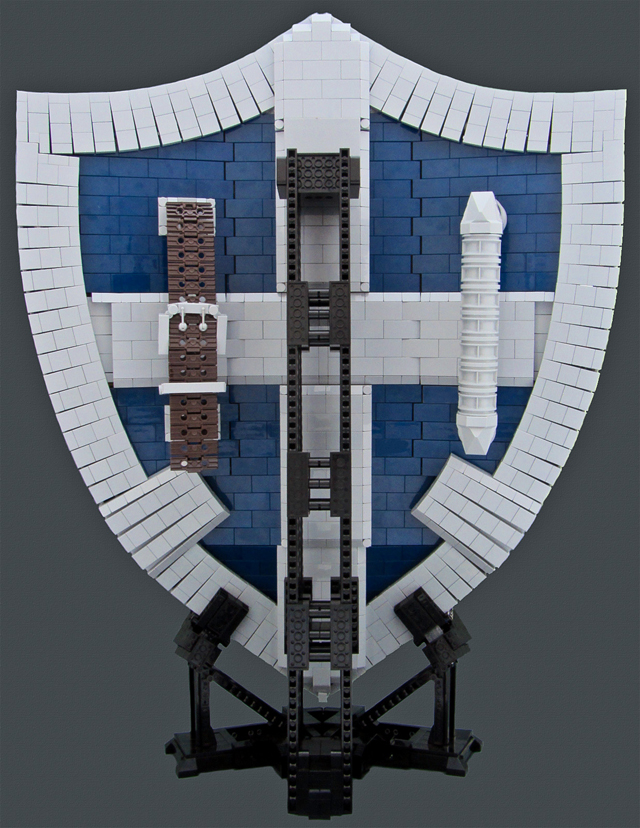 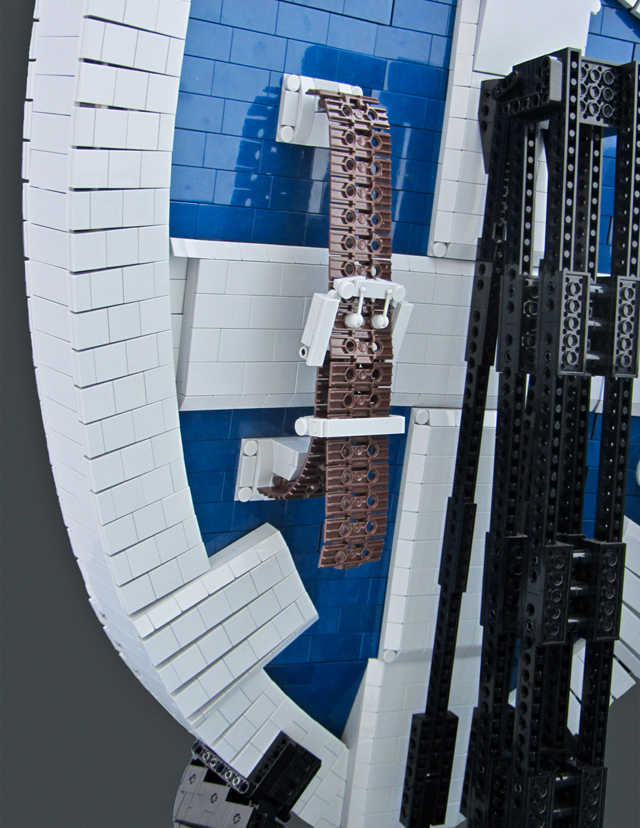 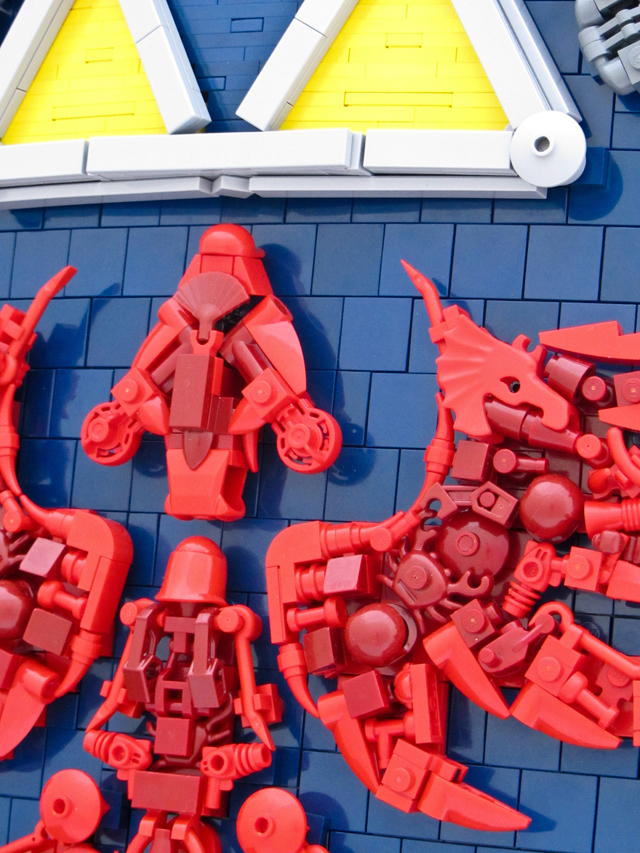 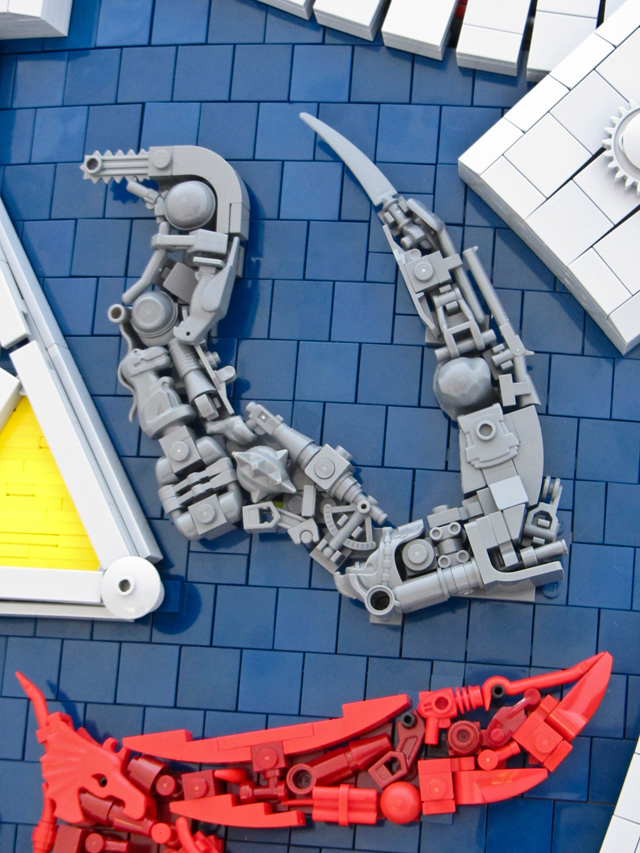