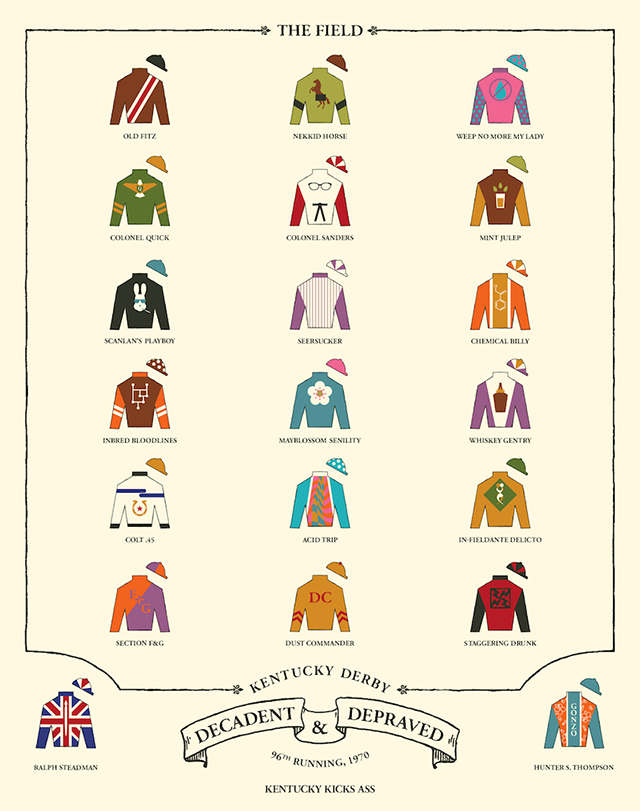 In honor of the 2013 Kentucky Derby on Saturday May 4th, Kentucky for Kentucky collaborated with talented Louisville-based artist Rachael Sinclair to create this infographic art print that chronicles the 1970 essay “The Kentucky Derby is Decadent and Depraved” by Hunter S. Thompson.

The names of the horses, like Mayblossom Senility and Whiskey Gentry, were taken from the story. I endeavored to illustrated the silks in a name-appropriate way, such as the chemical compound for 1970’s formula of Mace, referred to in the story as Chemical Billy. The text was hand distressed in Photoshop and placed letter by letter for a rougher appearance, the colors sampled from vintage 1970’s fabrics.

image and video via Kentucky for Kentucky