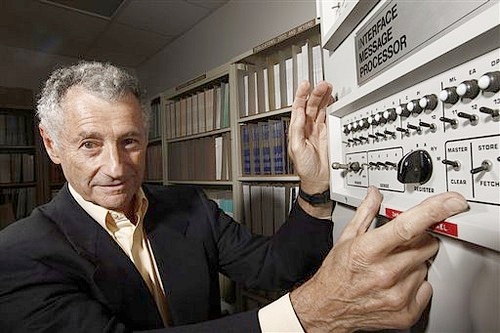 Today is the 40th anniversary of the first packet switched computer network which was established between two Interface Message Processors (IMP) located at Leonard Kleinrock’s lab at UCLA and Douglas Engelbart’s lab at SRI, creating what is now known as the Internet.

Mario Armstrong and Xeni Jardin talk about the birth of the Internet on the NPR show “Tell Me More” and Xeni has posted a video on Boing Boing of Kleinrock explaining how it happened.