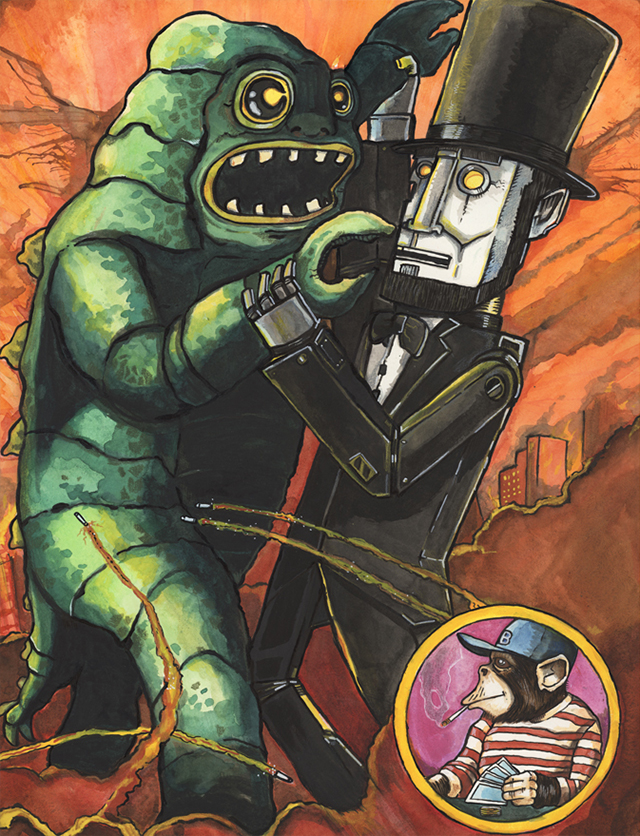 “The Great American Mech Battle of 2042” is a series of illustrations by Oakland, California artist Super Ugly depicting United States presidents as robots who battle monsters.

In the year 2042, when climate change is at its worst, monsters descend upon the country. Destroying many metropolitan areas, it falls upon a Underground Shadow Cabal to unleash the next stage in armory for the United States. These Giant Mechs, models MARK VI, are built to resemble some of the United States greatest heroes, in a hope to inspire the last remnants of our fragile society. Some will rise to the challenge and others will fall, where will you be when the dust settles? 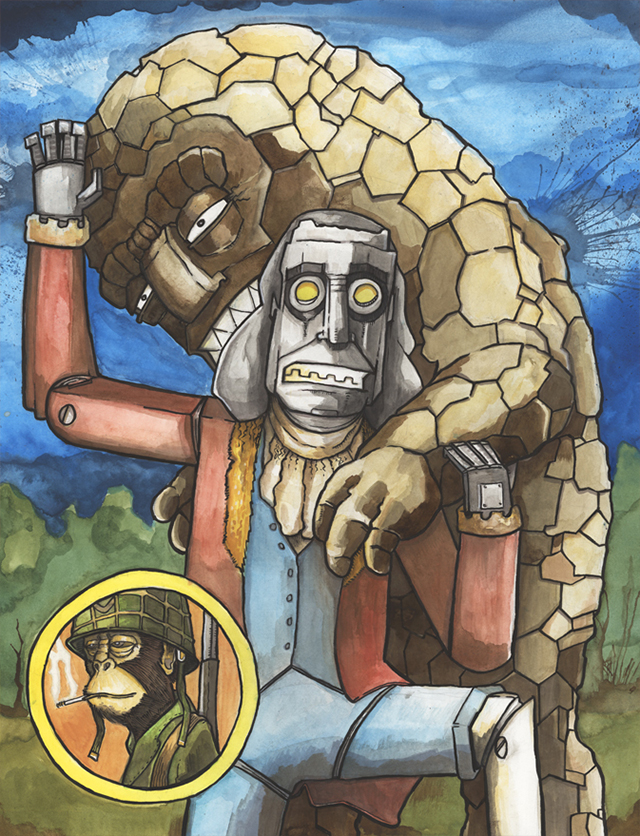 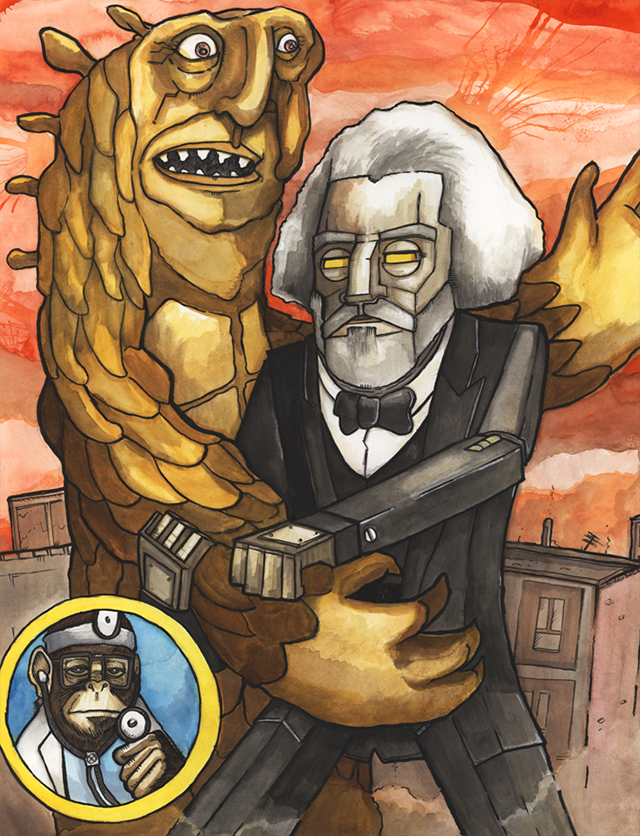 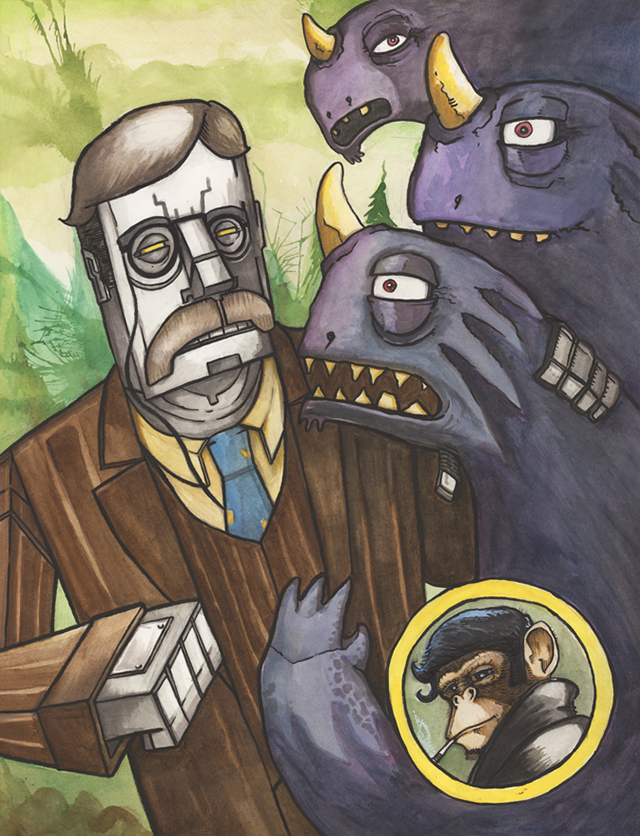 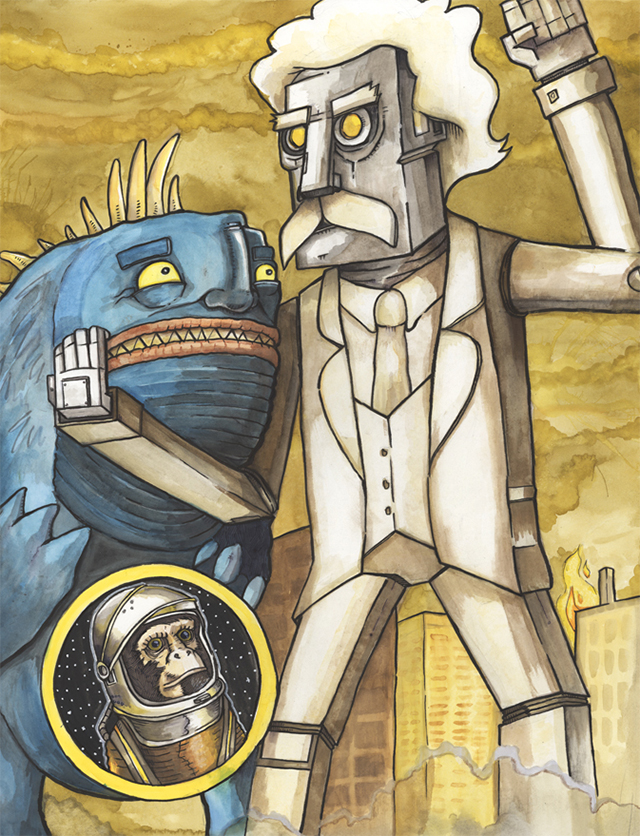