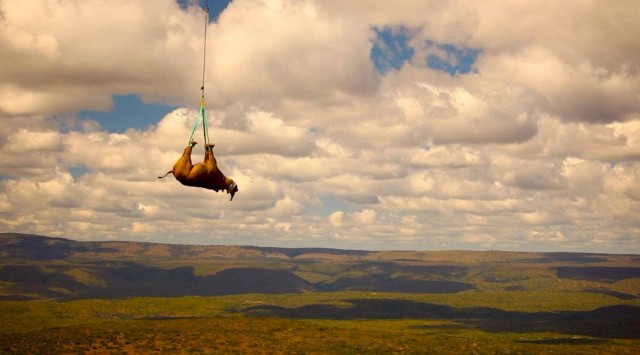 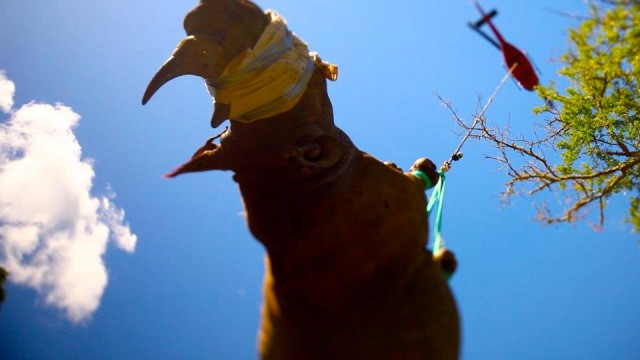 In an effort to increase the population of the endangered South-central Black Rhinoceros of South Africa, conservationists from the WWF and local partners are moving the animals to new territories as part of the Black Rhino Range Expansion Project. In order to move animals captured in difficult terrain, the conservationists have turned to a novel and visually striking solution—airlift by helicopter (see this video of the flying rhinos by Green Renaissance).