A24 studio has released the first official trailer for their upcoming sci-fi thriller film Ex Machina (previously) directed by Alex Garland, the writer of 28 Days Later and Sunshine. The trailer begins with a harmless study between a young coder named Caleb Smith and Ava the artificially intelligent robot, but soon turns into a much more sinister experiment.

Caleb Smith (Domhnall Gleeson), a programmer at an internet-search giant, wins a competition to spend a week at the private mountain estate of the company’s brilliant and reclusive CEO, Nathan Bateman (Oscar Isaac). Upon his arrival, Caleb learns that Nathan has chosen him to be the human component in a Turing Test—charging him with evaluating the capabilities, and ultimately the consciousness, of Nathan’s latest experiment in artificial intelligence. That experiment is Ava (Alicia Vikander), a breathtaking A.I. whose emotional intelligence proves more sophisticated––and more deceptive––than the two men could have imagined. 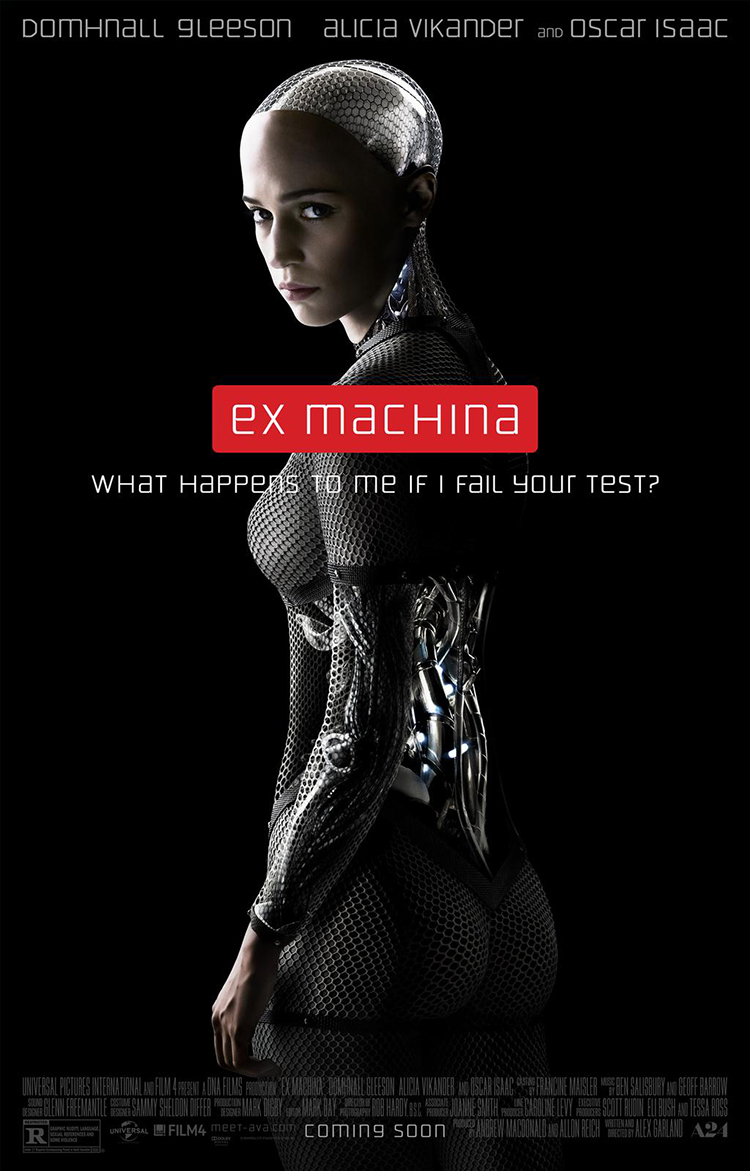