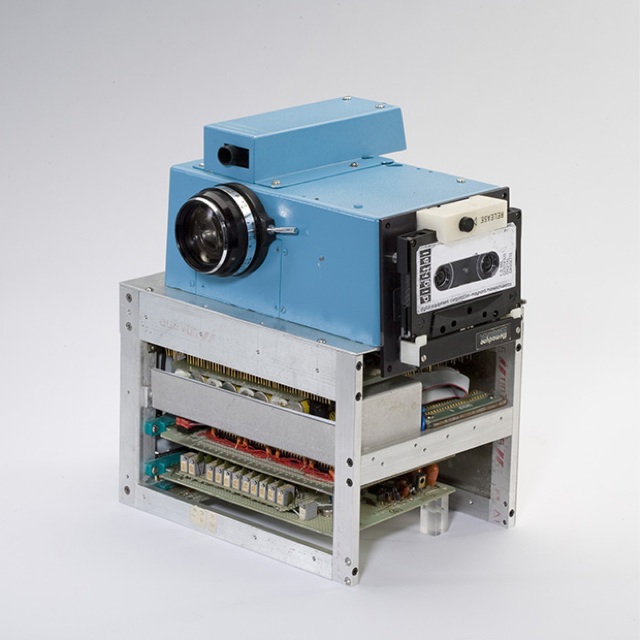 Kodak engineer Steve Sasson talks about how he created the first digital camera in December 1975.

It was a camera that didn’t use any film to capture still images – a camera that would capture images using a CCD imager and digitize the captured scene and store the digital info on a standard cassette. It took 23 seconds to record the digitized image to the cassette. The image was viewed by removing the cassette from the camera and placing it in a custom playback device. This playback device incorporated a cassette reader and a specially built frame store. This custom frame store received the data from the tape, interpolated the 100 captured lines to 400 lines, and generated a standard NTSC video signal, which was then sent to a television set.