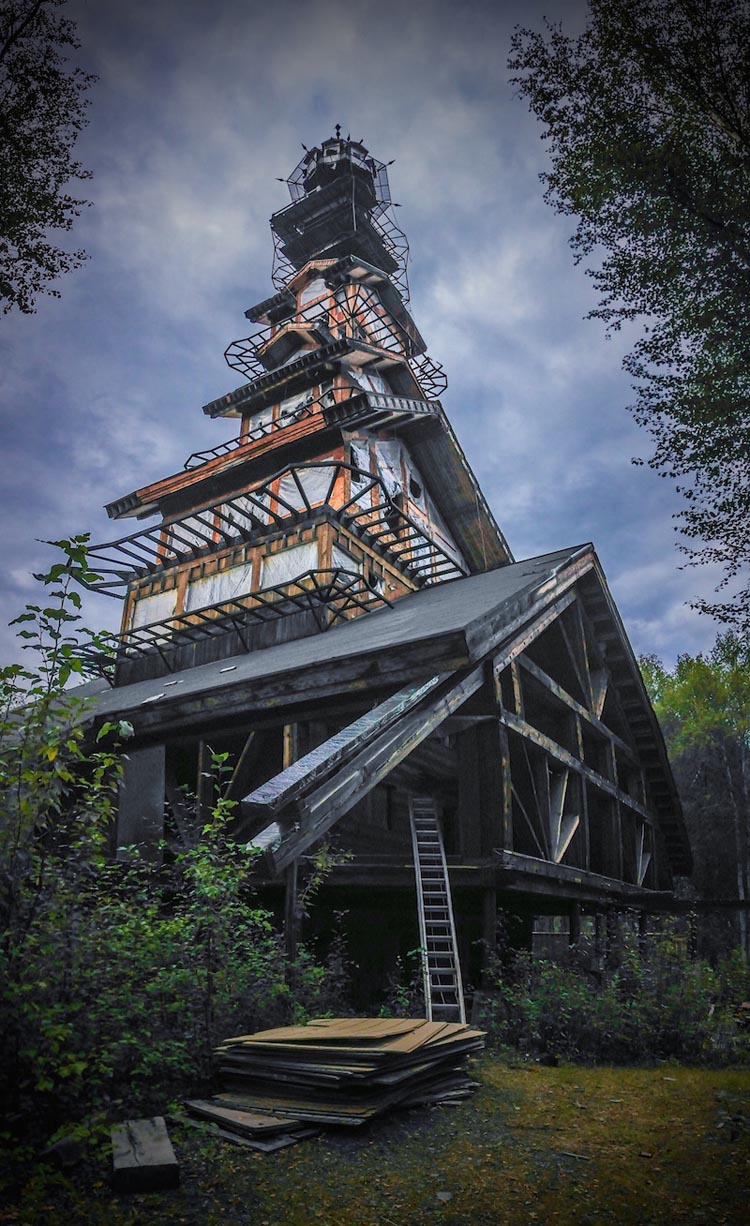 Tucked in the Alaskan wilderness north of Anchorage is a most curious sight: the so-called “Dr. Seuss House,” a towering residence consisting of a series of tiered structures stacked one on top of the other. According to Unusual Places, the house’s odd design was the work of its original owner. The man wanted a view of nearby Mount McKinley/Denali, and a recent forest fire afforded him an unimpeded view when he first built the house some 20 years ago. However, as the surrounding trees grew back, the man lost his mountain view. Over a 10-year period the man repeatedly added additions to regain his view. The original owner has since died and the house is now being renovated by its new owner. 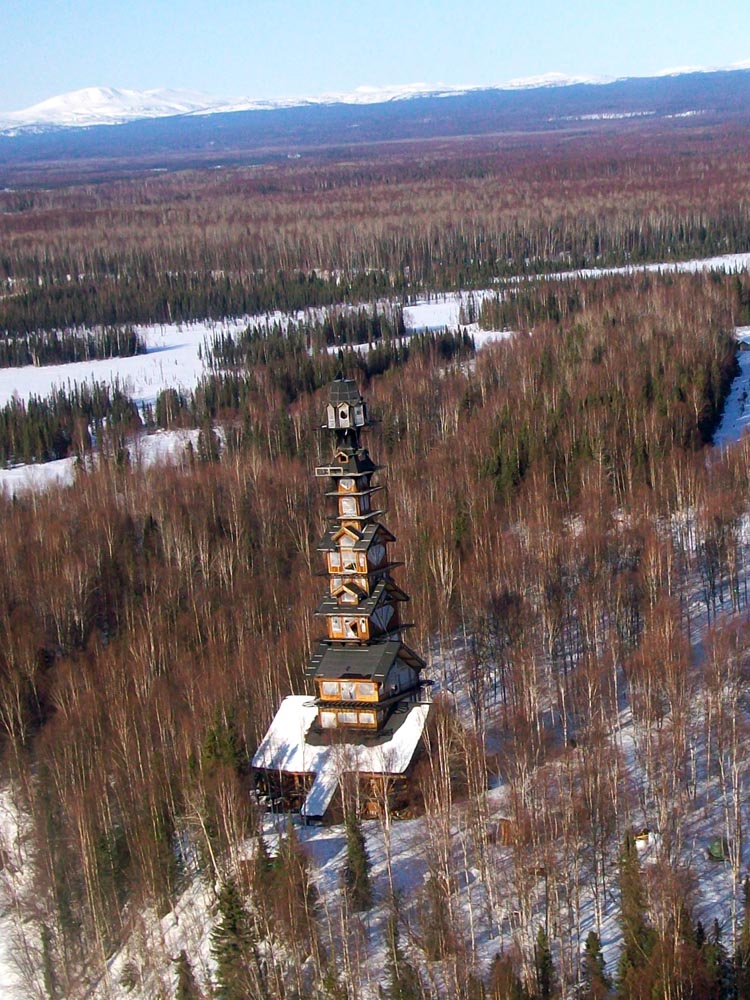 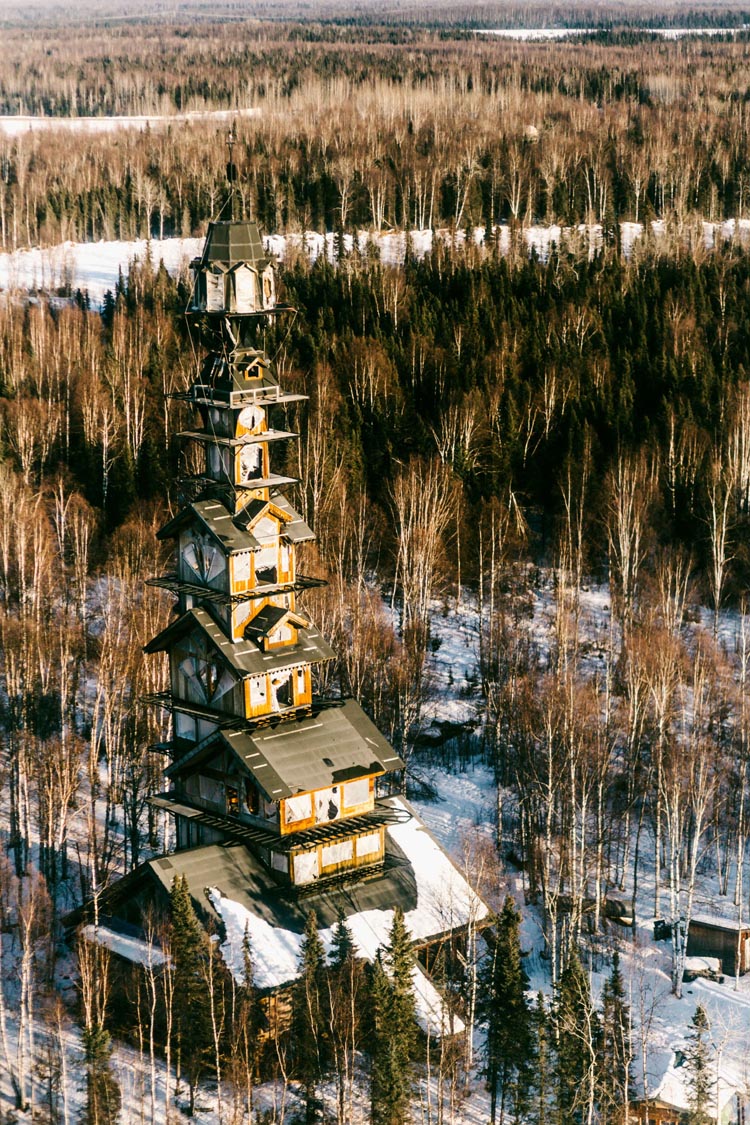