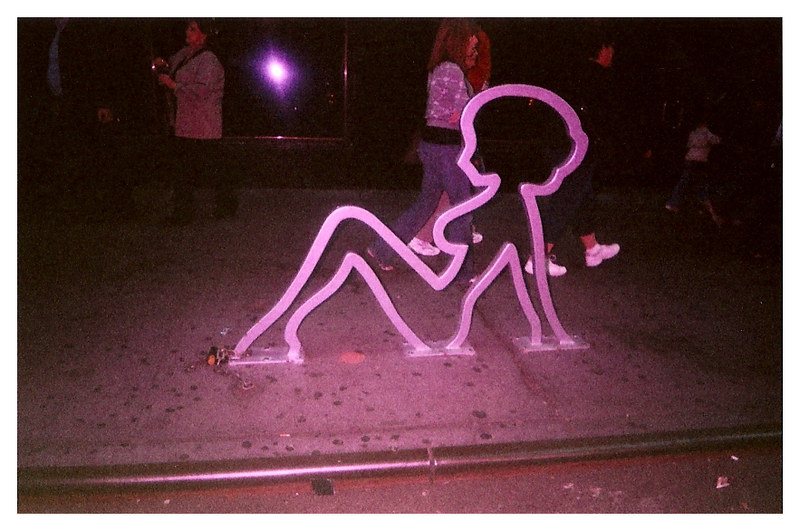 Back in 2008, the New York City Department of Transportation installed nine bike racks designed by David Byrne. Each bike rack is meant to represent the neighborhood in which it is installed—the rack on Wall Street is a dollar sign, for instance. The bike racks were originally installed as temporary public art works, but they are now on permanent loan to the City. 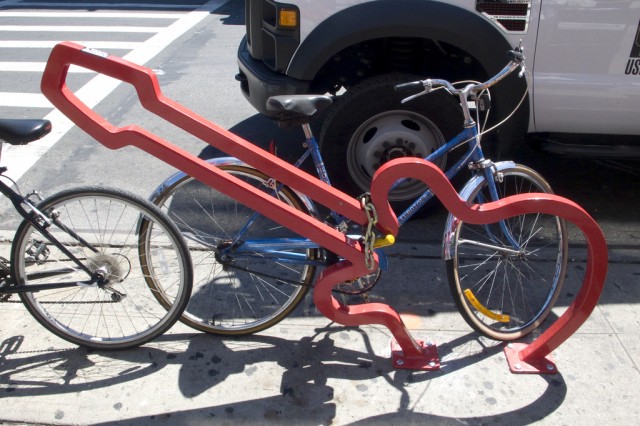 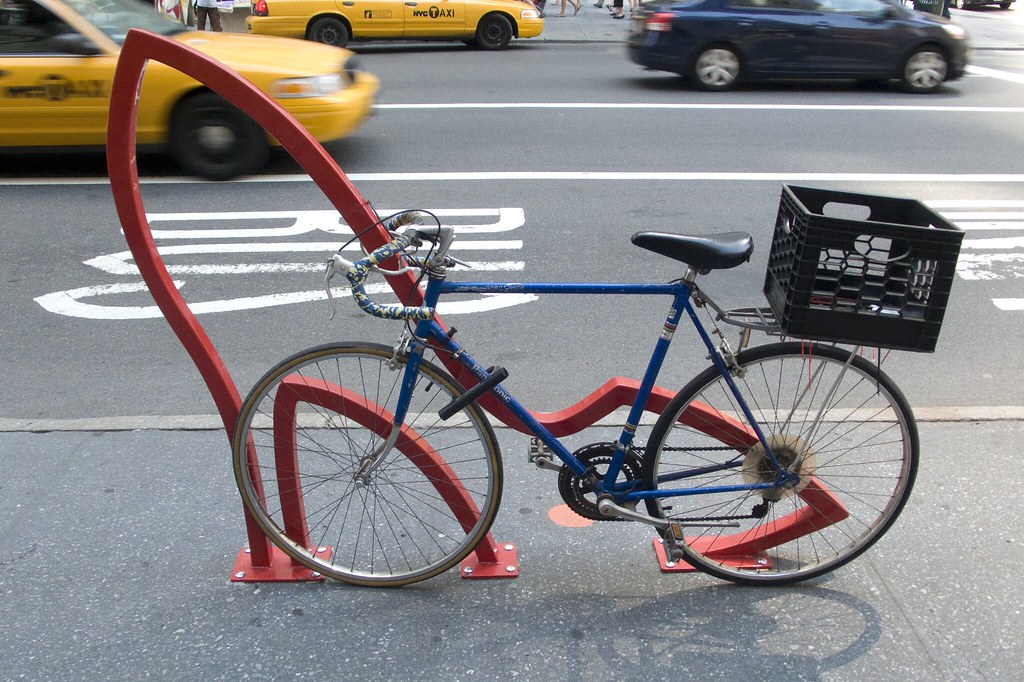 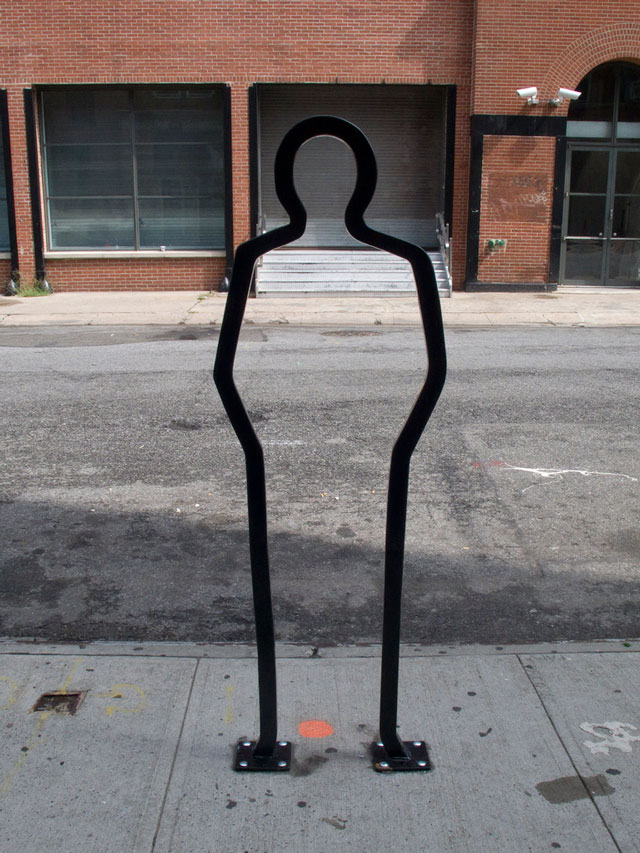