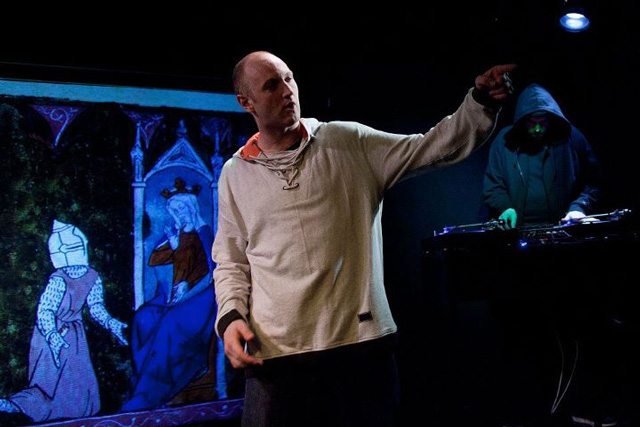 Canadian “rap troubadour” and writer Baba Brinkman has been performing his rap version of Geoffrey Chaucer’s The Canterbury Tales since 2004. A “scholar with a Masters in Medieval and Renaissance English Literature”, Along with music and “turntablism” from Mr. Simmonds, Brinkman is currently performing The Canturbury Tales Remixed at SoHo Playhouse in New York City until January 8, 2012.

Fresh from a smash-hit five-month off-Broadway run of his paean to Charles Darwin, The Rap Guide to Evolution, Baba Brinkman brings you a rich theatrical experience filled with laugh-out-loud hilarity and riveting storytelling, tracing a thread from Chaucer’s venal Merchant and sensuous Wife of Bath, to the muscular heros of ancient lore, so similar to today’s rap stars in their perpetual quest for glory.

Thanks to DJ Spooky for the tip!