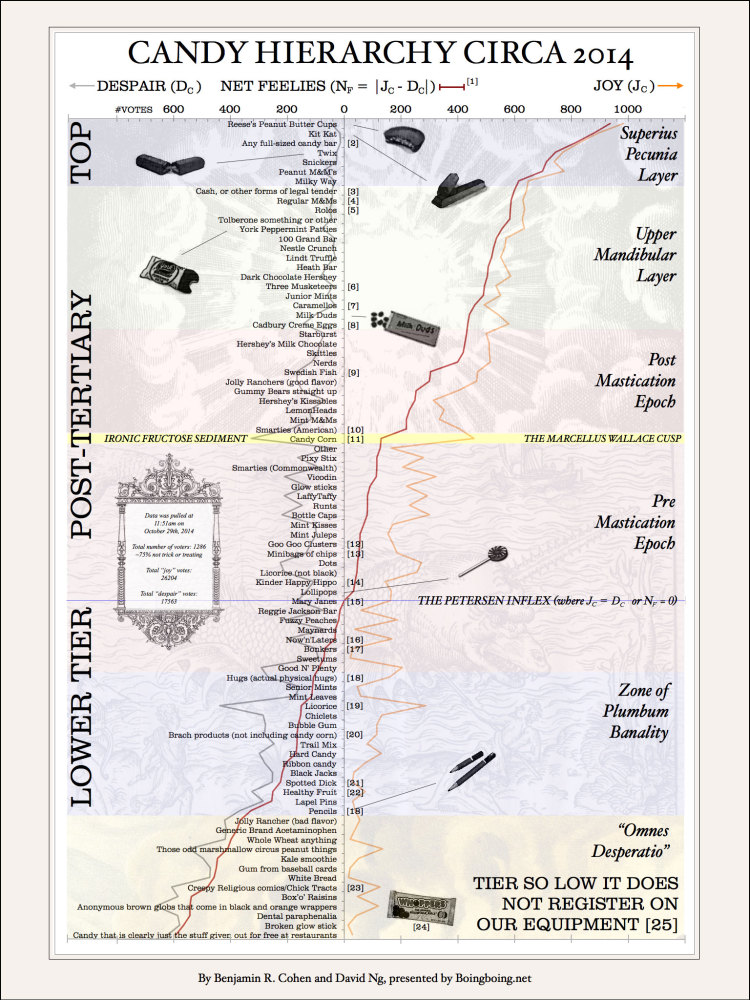 Ben Cohen and David Ng conducted a survey of more than 1,200 people on the topic of which Halloween candies induce joy and which induce despair. The data from the survey was examined and used to create The Candy Hierarchy 2014, a definitive ranking of the best Halloween candy.

Cohen and Ng have been ranking Halloween candy since 2006, but this year enlisted a team of graduate and undergraduate assistants to collect more detailed data than in previous years, making the 2014 edition the most significant ranking yet.