Warner Bros. Pictures has release the second official trailer for Entourage, the upcoming comedy film directed by Doug Ellin that will continue the story of HBO‘s hit television series of the same name. The new trailer is riddled with cameos and shows the boys taking on Hollywood while making plenty of trouble. The Entourage film is scheduled to release on June 5, 2015.

Movie star Vincent Chase (Grenier), together with his boys, Eric (Connolly), Turtle (Ferrara) and Johnny (Dillon), are back…and back in business with super agent-turned-studio head Ari Gold (Piven). Some of their ambitions have changed, but the bond between them remains strong as they navigate the capricious and often cutthroat world of Hollywood. 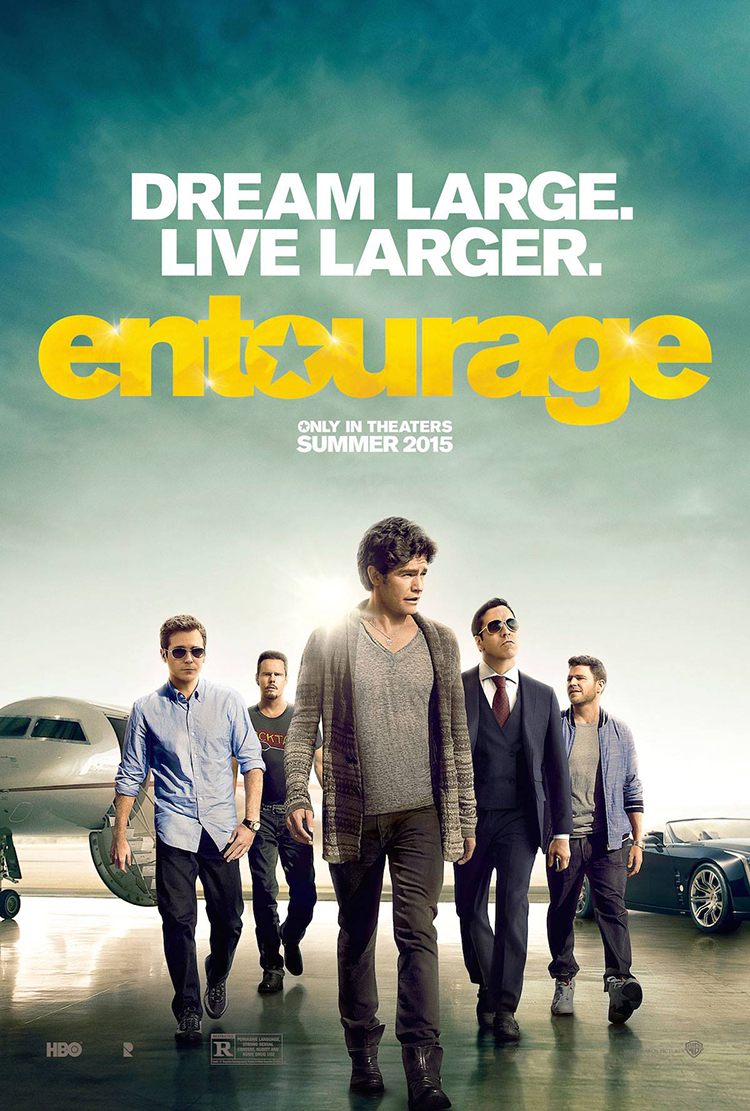