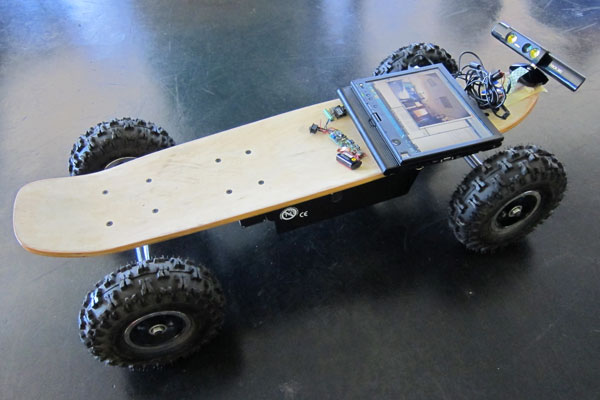 The Board of Awesomeness by mobile app developer Chaotic Moon is an experimental motorized longboard that is controlled by the rider’s gestures, thanks to a XBox 360 Kinect motion sensor (video).

So how does it work? Video recognition, speech recognition, location data, accelerometer data, and other factors determine what the user wants to do and allow the board to follow the operator’s commands without other aid. Very similar to using Kinect for Xbox 360, the Kinect device on our Board of Awesomeness transmits the user’s gestures and movement to the Samsung Windows 8 tablet that serves as the board’s central brain by controlling the speed of the board’s electric motor, which is up to 32 miles per hour.