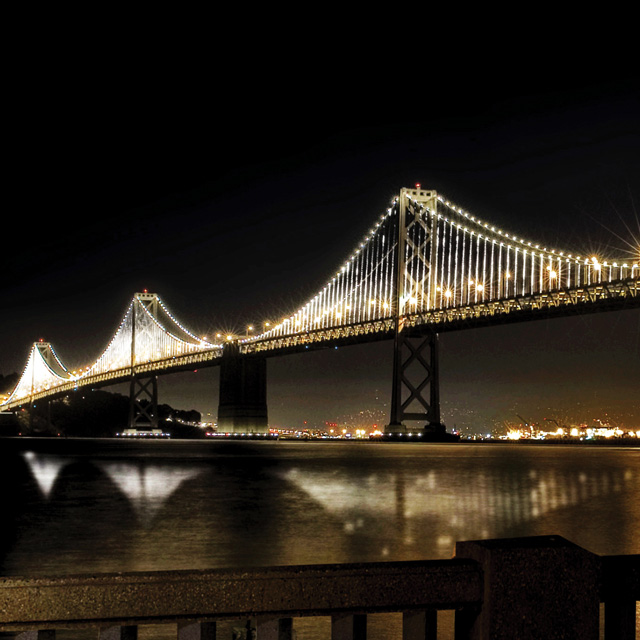 In 2011, we posted about “The Bay Lights,” an upcoming project by artist Leo Villareal that would cover the west span of the San Francisco – Oakland Bay Bridge with an impressive art LED light installation. The project is nearly ready for its two-year stint on the bridge, starting with its Grand Lighting ceremony on March 5, 2013 at 9 PM.

“Leo Villareal Working on the Bay Lights” on January 24, 2013, video via Xconomy

Backers can give a “Gift of Light” and name an individual light on the installation. Donations are tax-deductible.