Former NASA engineer Mark Rober recently stopped by the Jet Propulsion Laboratory in Pasadena, California to observe the research and development center’s annual pumpkin carving contest. To say that the pumpkins created by JPL scientists and engineers transcended the typical jack-o’-lantern is an understatement. Among the entrants: a Death Star with a functioning laser, a pumpkin helicopter, and a pumpkin version of Mike (the little green guy) from Monsters, Inc., complete with a roving eye and computer vision. Perhaps most amazingly — all the pumpkins were created in one hour. 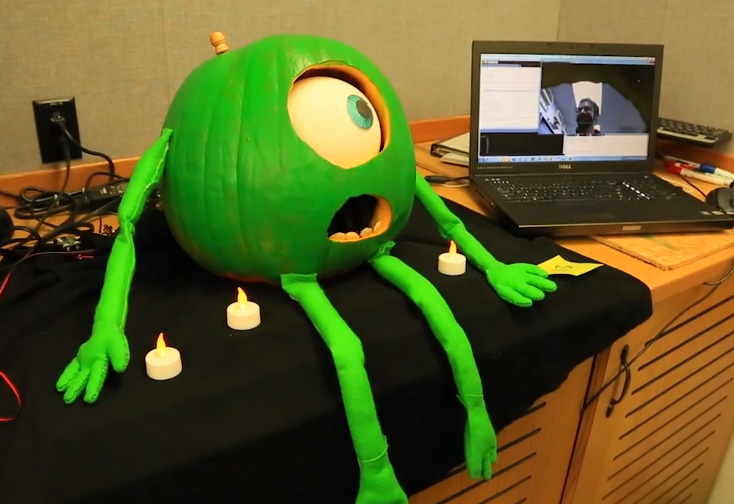 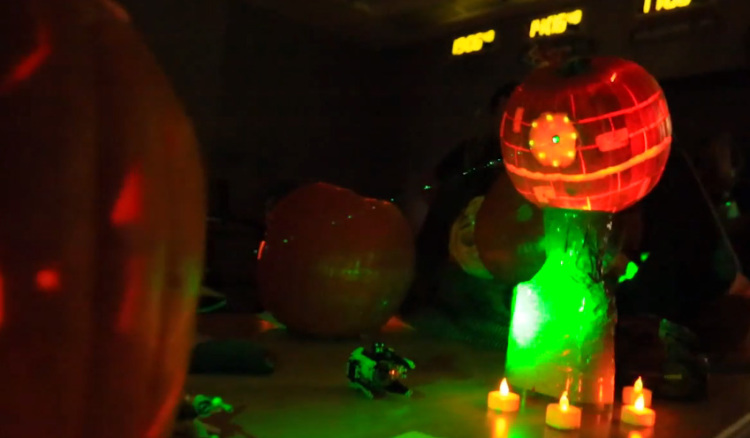 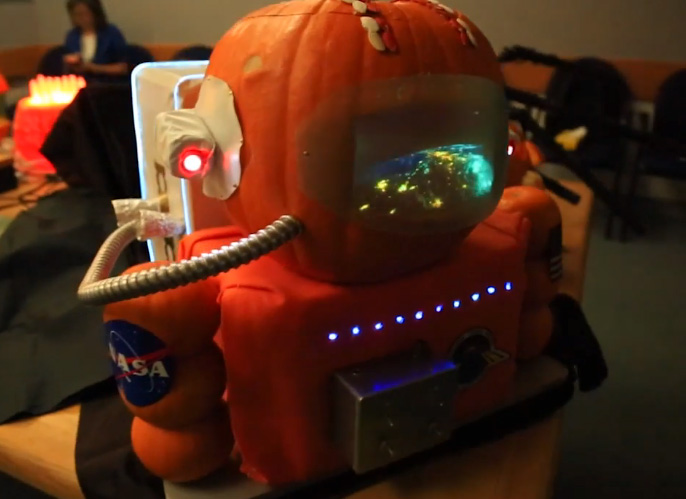 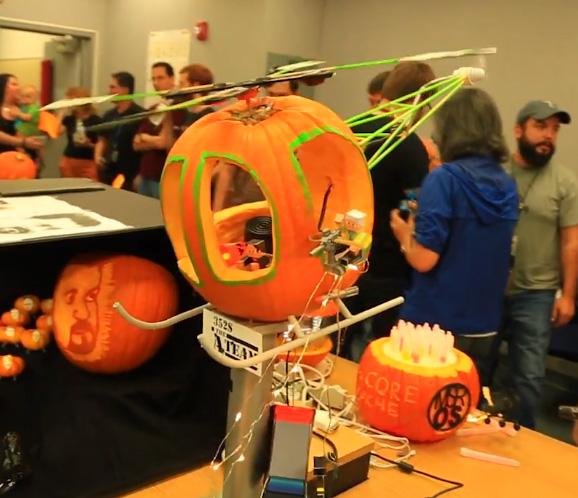 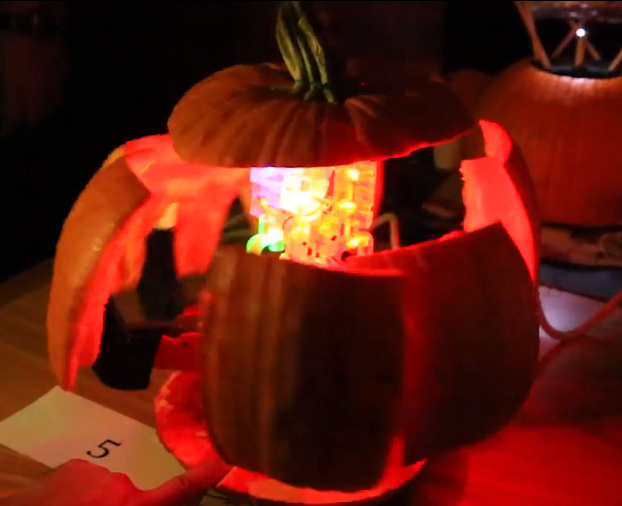