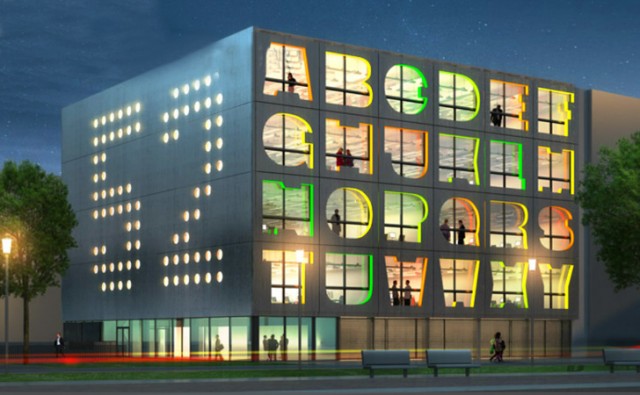 The Alphabet Building is a office building under construction in Amsterdam whose facade will consist of letters of the alphabet. The letters correspond to small 128 square meter office units–larger tenants will take up several letters. Building architects MVRDV are hoping to lure creative companies into the Alphabet Building. As they note, two letters, I and Q, will be missing from the facade. The IQ will be inside the building.

In Amsterdam small and mid-size creative companies have trouble finding suitable office space. The Alphabeth building communicates through a clear exterior design which reveals on the East façade the house number and at the main façade the extension for each company, a letter of the alphabet. The interior is highly flexible and completed with a rough and pure finishing.