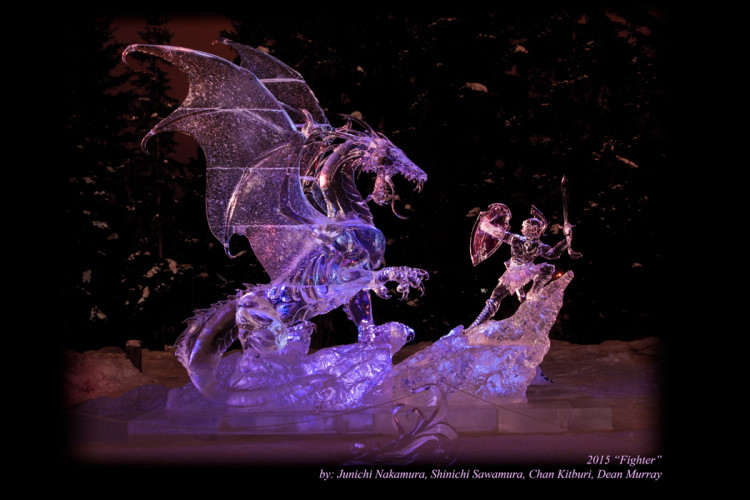 The 2015 World Ice Art Championships is currently underway in Fairbanks, Alaska and the international field of competitors has produced an astonishing array of ice sculptures. The sculptures are divided into two divisions, single-block and multi-block. The latter can be quite large–Fighter, a sculpture depicting a knight fighting a dragon, is made of 10 blocks of ice (it also took 1st prize). The event runs through March 29, 2015. 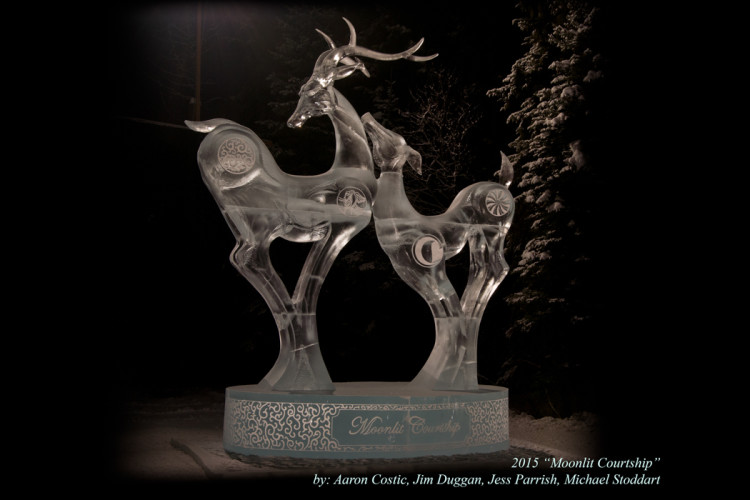 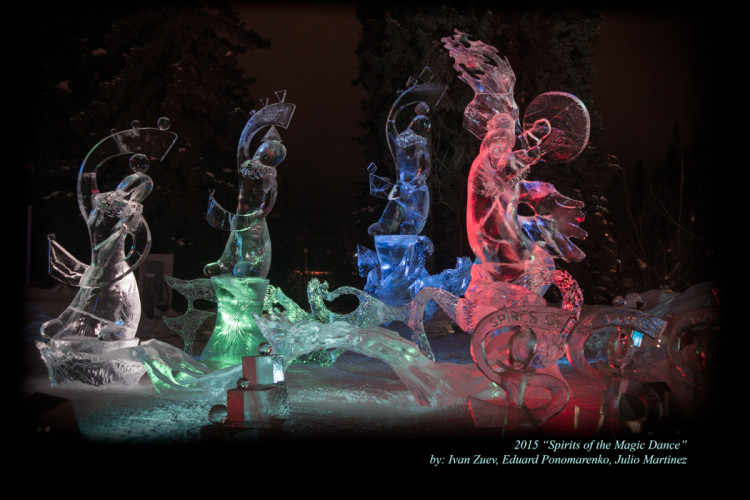 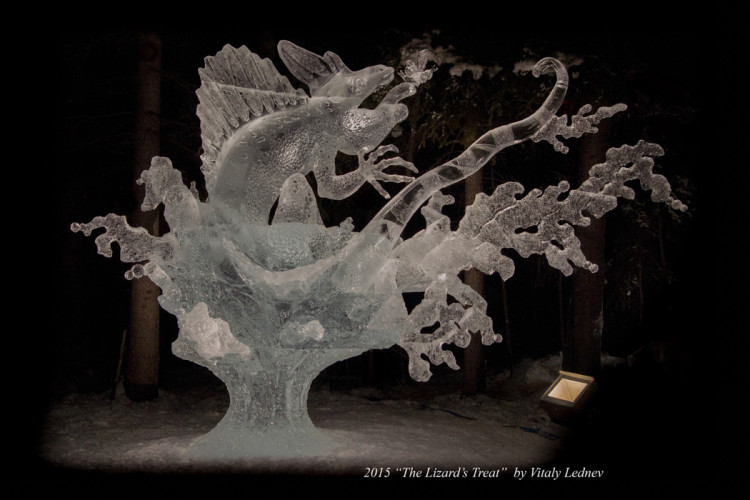 The Lizard’s Treat by Vitaly Lednev 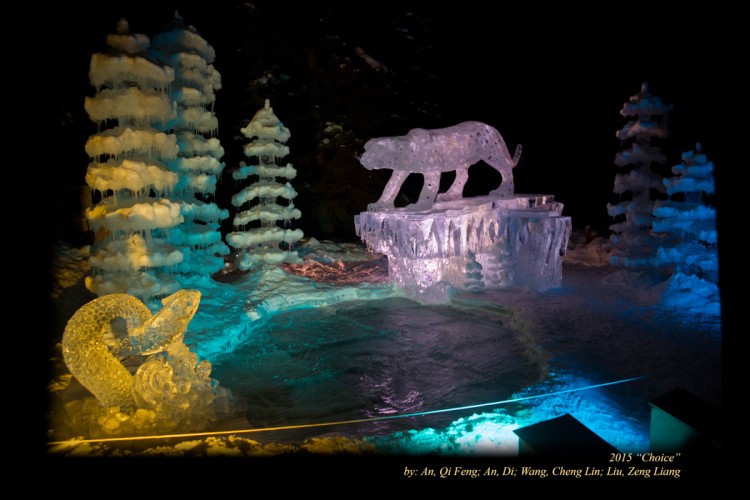