Terraform is a futuristic live-action and animated short film telling a fictional story about mankind spending 400 years terraforming the red planet Mars and making it habitable due to Earth being depleted of all of its resources. It was created by Arthur Bayard, Félicien Daros, Guillaume Dadaglio, Vincent Glaize and Thomas Nivet as a final movie project for their graduating visual effects class at ArtFX in Montpellier, France. You can view image stills from the film and a making-of video below or learn and see more on the Terraform Facebook fan page. 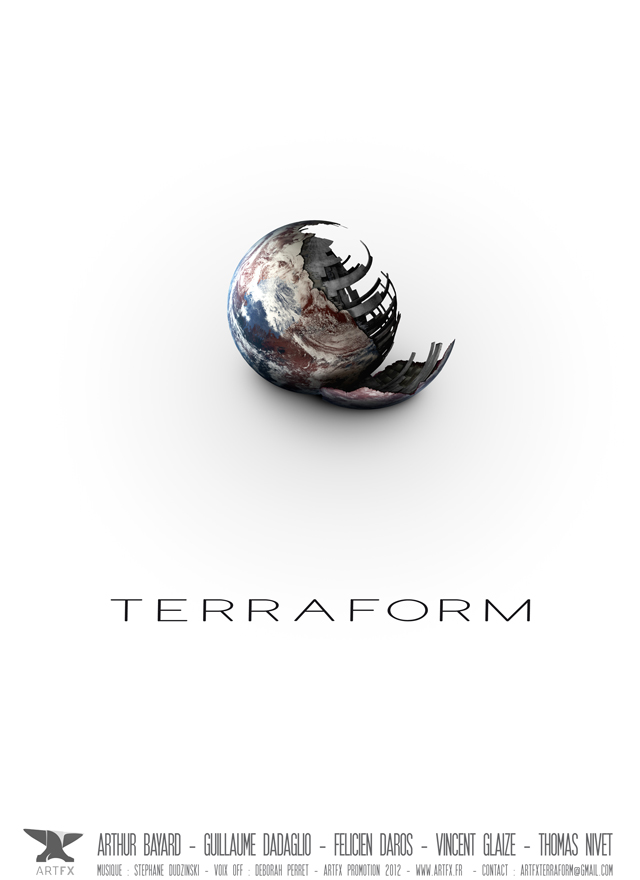 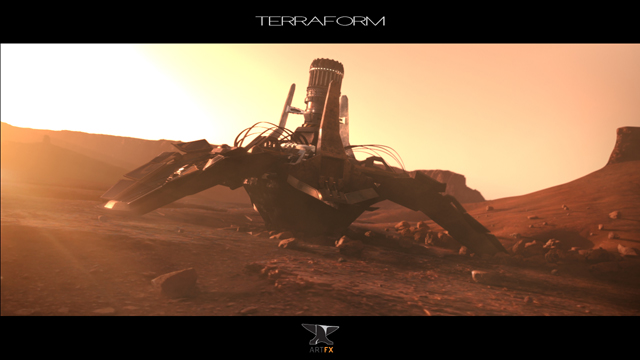 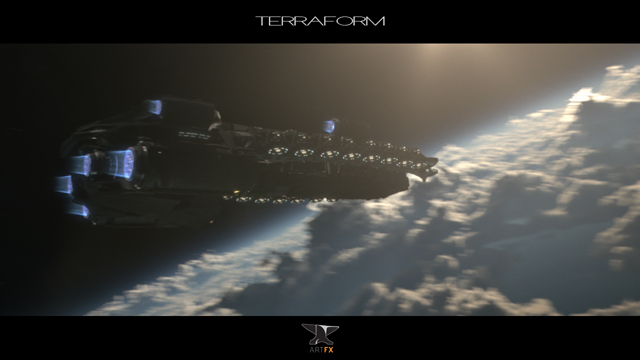 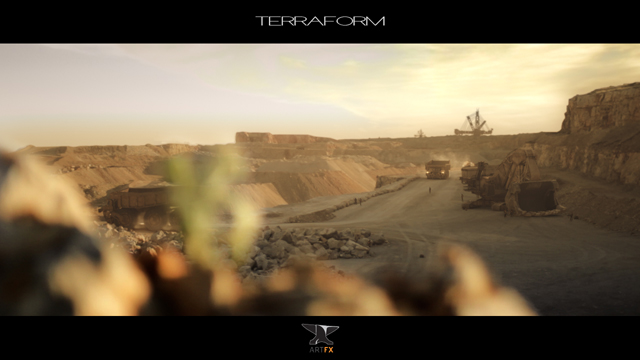 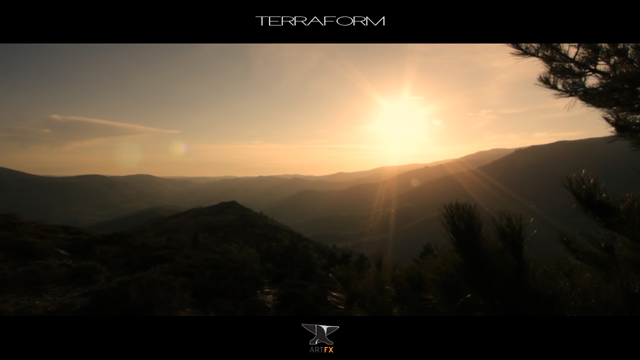