Back in March, Genki Sudo and his synchronized dance group World Order (previously) officially opened the 2015 Japanese baseball season by throwing the opening pitch in an ensemble choreographed movement. While Sudo actually threw the ball, the other members of the group created the effect of many independent arms, a reference to the thousand-armed Senju Kannon deity of Japanese tradition. The pitch took place at Miyagi Stadium in Japan. 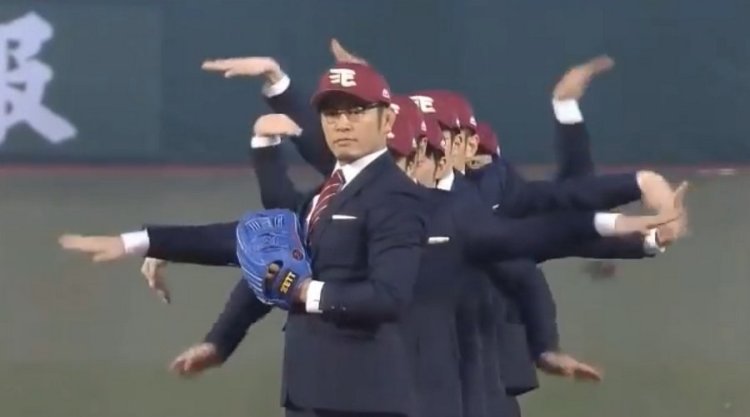 GIF and photo via Spoon & Tamago