Suspect Device is a comic book series in which artists build new stories based on old characters and existing source material. Brooklyn-based editor Josh Bayer has taken to Kickstarter to fund the fourth issue of the series, which will feature a cover by Black Flag album artist Raymond Pettibon and a number of prominent indie cartoonists, including Johnny Ryan, Marc Bell and Brian Ralph.

This new issue adds a new wrinkle to the formula, borrowing images from the “Russian Criminal Tattoo Encyclopedia” alongside the now familiar faces of characters like Annie, The Phantom, Popeye and others. The rest of the content is provided by our contributors, who riff off the older art to make new comics and illustrations. 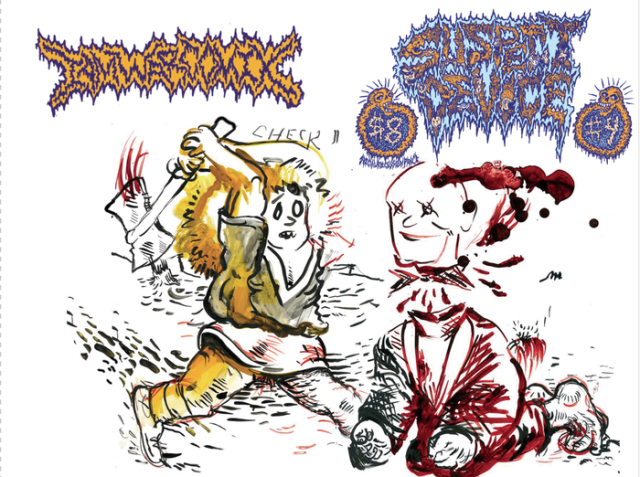