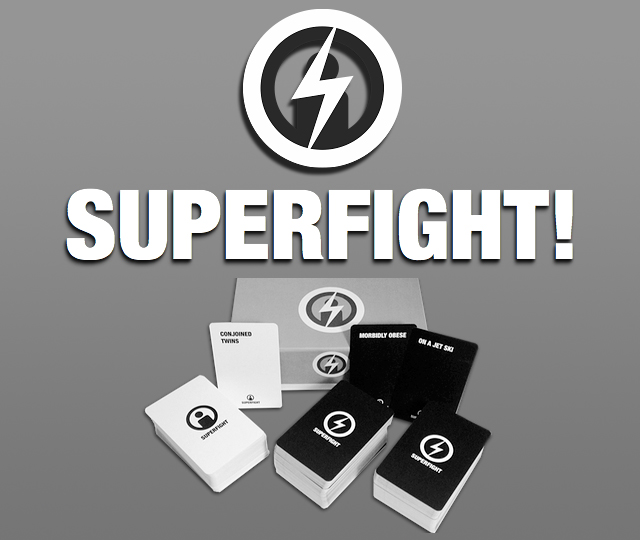 “Imagine Apples to Apples meets Cards Against Humanity. Then, after they meet, they fight to the death.”

Luckyshirt has created Superfight, a multiplayer card game that pits characters against each other in ridiculous fights. The wide range of card combinations are sure to stir up entertaining discussions among friends. To change things up a bit, you can also find user-created variations to the rules and updates to the official rules online from Superfight’s website. The core 500-card Superfight deck and expansion packs are available to purchase online. A percentage of all sales benefit the Futures Without Violence charity.

Here are the basic rules of Superfight:

The game consists of two decks. One deck contains characters and the other deck contains both powers and problems. Each player holds three characters at all times. The powers and weaknesses stay in a deck face-down on the table. At the beginning of each round, one player becomes The Ref. The Ref places one of his or her characters on the table as a villain, then draws and places two attribute cards next to that villain. Each player then selects one of their characters to fight the villain on the table, then also draws two attributes to place next to his or her character. After all characters and their powers and/or weaknesses are in play, The Ref chooses who would beat the villain, and who would not. 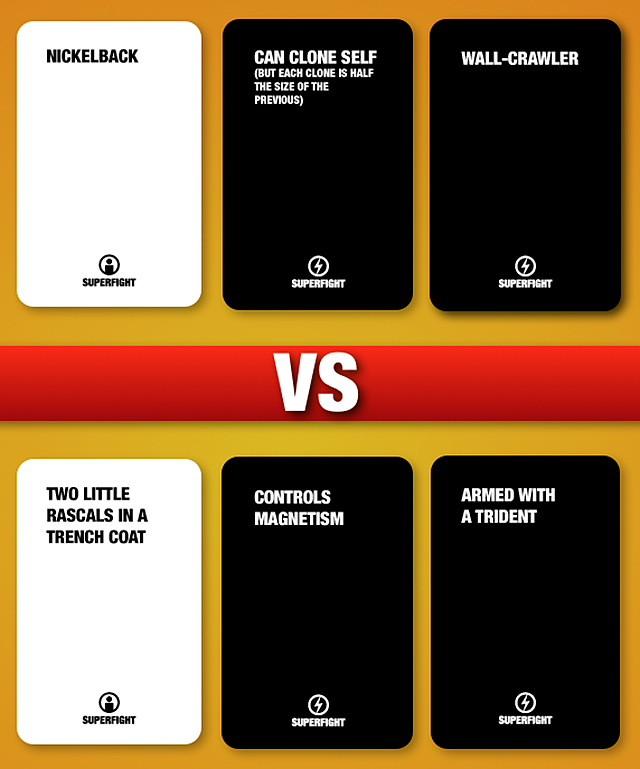 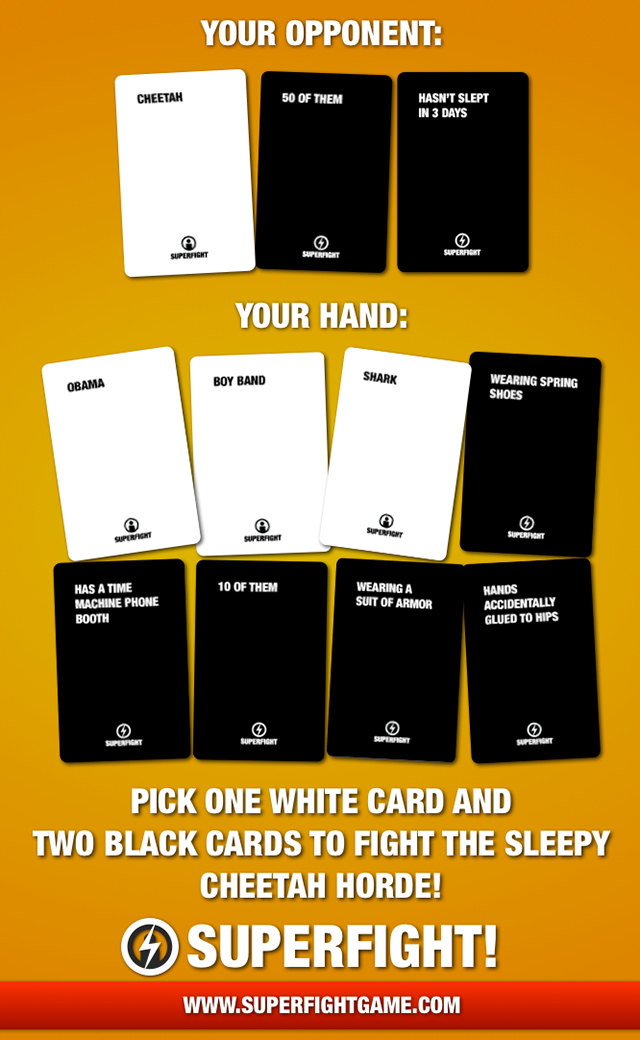 images and video via Superfight