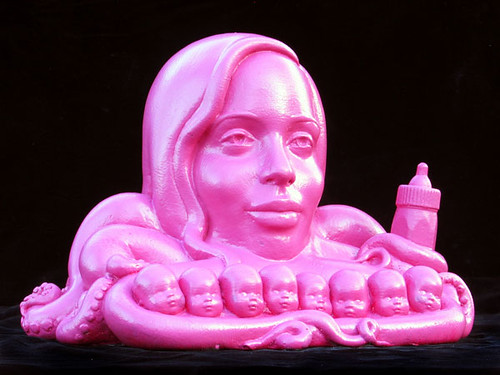 American sculptor Daniel Edwards, best known for his often controversial depictions of celebrities and other figures from popular culture, has produced a sculpture inspired by Nadya Suleman, aka “OctoMom”, the California woman who recently gave birth to octuplets. The sculpture is entitled “String of Babies, holds a baby bottle upright” and depicts Ms. Suleman as a disembodied cephalopod, beatifically embracing her brood with her hot pink tentacles.

I can’t look away. It’s like a maquette for some bizarro alternate Watchmen ending. 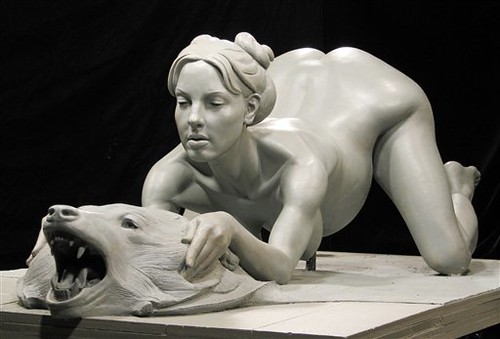 “Monument to Pro-Life: The Birth of Sean Preston” by Daniel Edwards