STFU, Parents is a hilarious and sometimes horrifying blog that showcases the worst online behavior by parents on social networking sites. The blog consists of reader submissions—mainly screenshots of Facebook conversations—that cover the length and breadth of parental oversharing and obnoxiousness. Each submission is accompanied by biting commentary by the blog’s creator, Blair Koenig. Some of the worst parental behaviors include “mommyjacking,” the act of hijacking an online conversation to make it about parenting. Many other submissions involve vicious mom vs. mom comment wars. But there’s nothing quite like the exhaustive 7-point ground rules one mom posted for anyone who wished to see her new baby.

Blair started the blog as a hobby back in 2009, but running it soon became her full-time job. She is compiling the best of the blog into a book which will be released April 2, 2013. A book release party, appropriately described as a “book shower,” takes place April 3, 2013 at Housing Works in New York City. 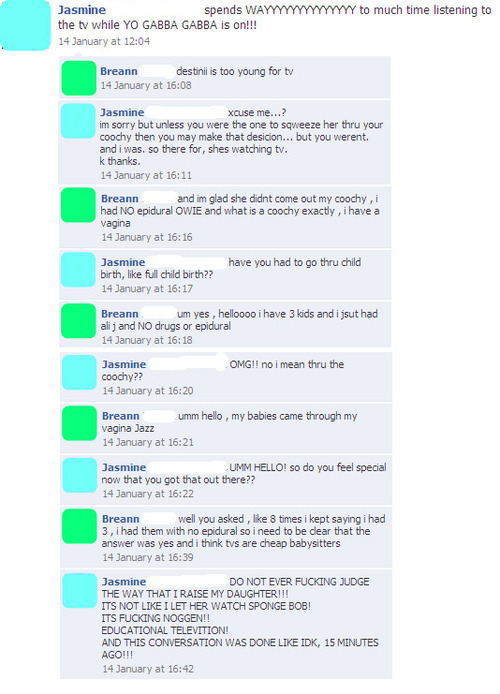 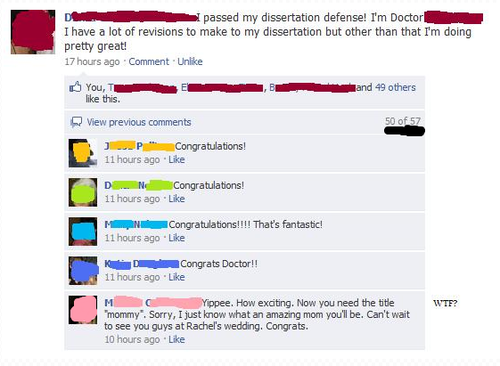 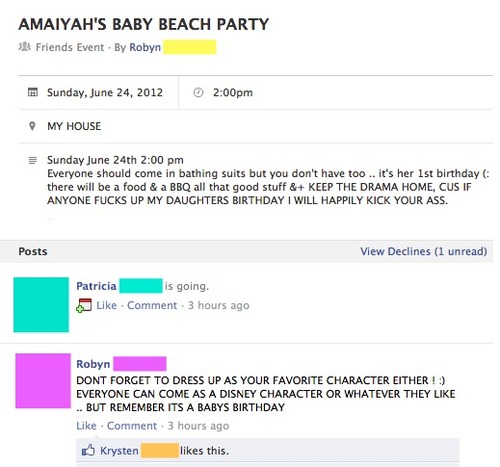 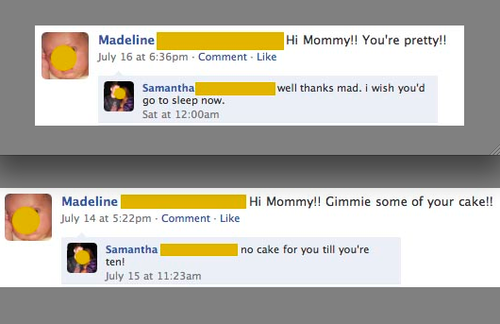