Recently on The Colbert Report, host Stephen Colbert announced his own October surprise, a potential game-changer in the world of politics and television. The announcement was posed as a snarky challenge to conservative businessman Donald Trump who recently offered $5 million to President Obama (to donate to his choice of charity) for access to his college and passport records. Watch the clip to learn how Colbert hilariously challenged Trump. 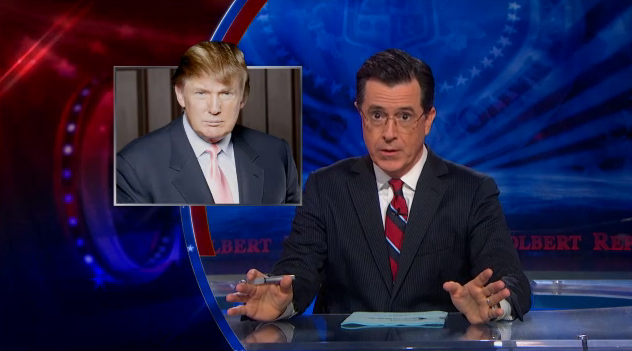