Start-Ups: Silicon Valley is a new television reality series that “explores the intertwining lives of a group of young entrepreneurs on the path to becoming Silicon Valley’s next great success stories…” The show is produced by Randi Zuckerberg, Mark Zuckerberg’s sister, and premieres tonight on Bravo (10 pm ET/PT).

Silicon Valley isn’t a town, a neighborhood, or a zip code. . .it’s a concept; the epicenter for the most revolutionary advances in technology and where the future of tomorrow is being created today. Sarah Austin, Dwight Crow, Kim Taylor, David Murray, and brother and sister duo, Ben and Hermione Way, all have a unique perspective on the future of technology, business, and how to get ahead in the most competitive culture in the country. These driven, ambitious and highly motivated individuals are all work and all play as they blaze their own paths to become the next Silicon Valley success story. While trying to find balance amidst their complicated social network they discover that in the fast paced world of Silicon Valley success and failure can come and go with just a simple keystroke. 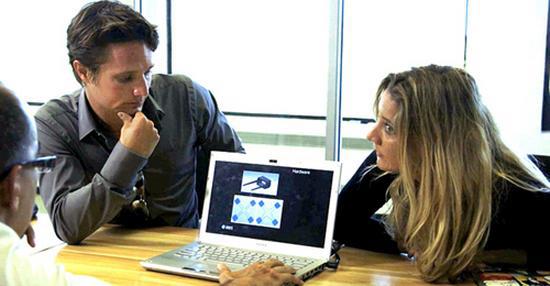