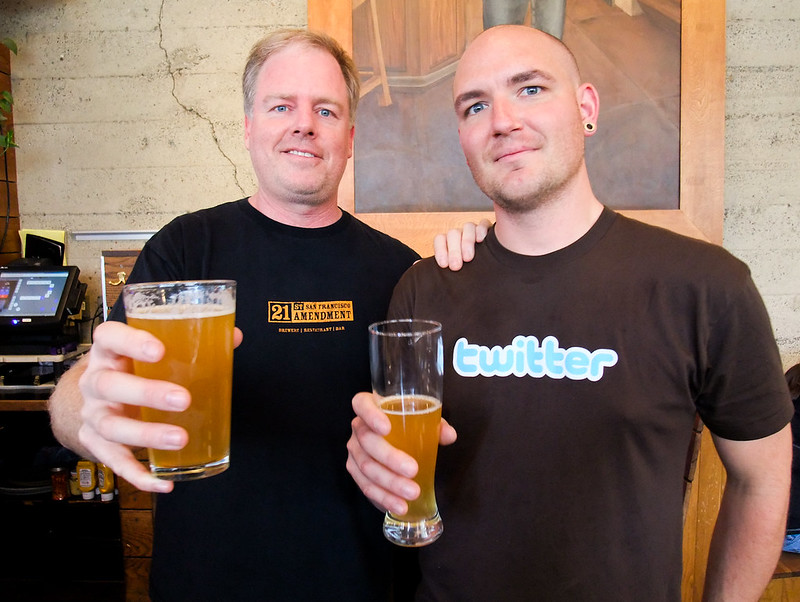 We tweeted about the idea for the Twitter brew as a lark at first and the response was huge, then we asked what would be a good name and we received more great responses. We then brewed the twitterbrew and tweeted about the whole process. The media got wind of it along with bloggers and all we can say is that we are very excited. What has come out of this is ‘Spring Tweet,’ a Spring ale, light and floral. 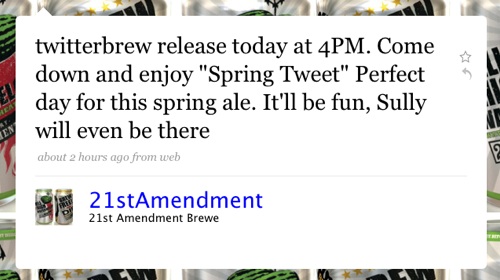 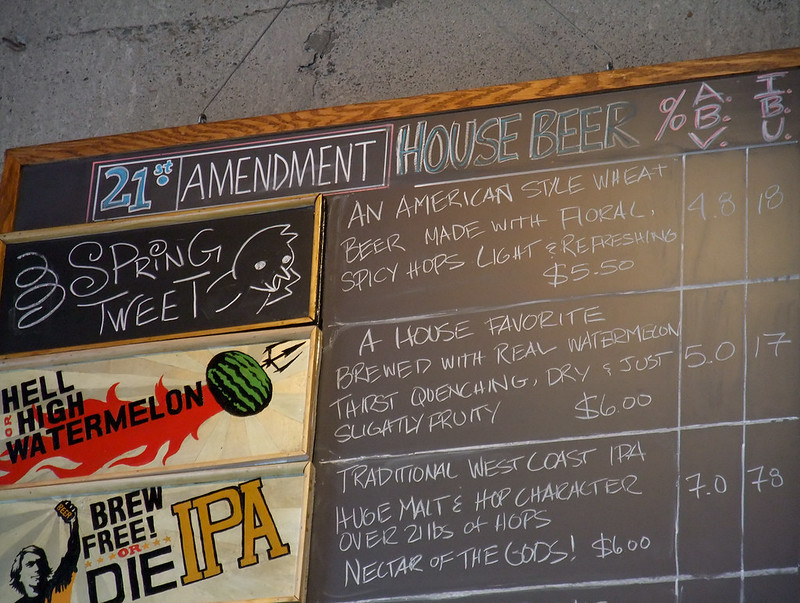