“A bigger, but not gigantic, iPod you cannot talk on.”

The Jimmy Kimmel Live! show recently aired a spoof Apple commercial that shows off the new iPad Mini while taking viewers through a tour of Apple hardware from the past to the present, while poking fun at each model / update. They end the commercial spoof with the commentator saying “We’re Apple and you’re suckers.” 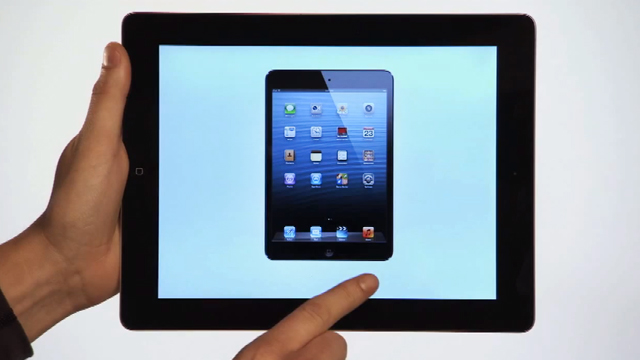 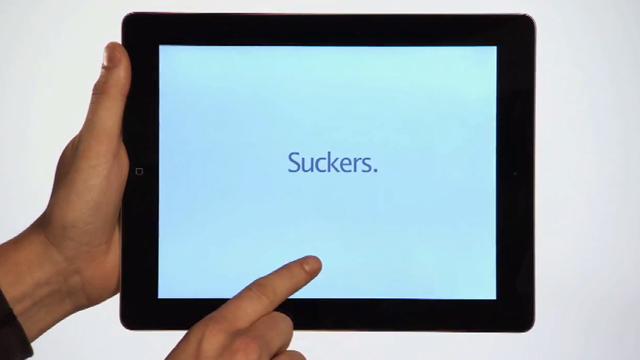