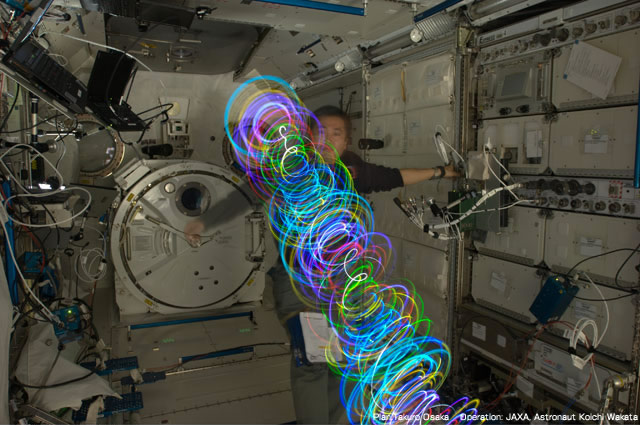 Light artist Takuro Osaka has created “Spiral Top”, a device that spins through zero gravity space making colorful trails with mounted LEDs in long-exposure photos. Japanese astronaut Koichi Wakata tested the Spiral Top aboard the International Space Station in 2009, and recently tweeted more photos of the device spinning through corridors aboard the ISS:

This "Spiral Top" with LEDs makes an amazing art in zero-gravity. See photos of my next two tweets.? pic.twitter.com/EvU25l3Il8

Another photo of "Spiral Top" developed by Dr.Takuro Osaka. Potential of what zero-gravity can create is unlimited! pic.twitter.com/C6TXzS628w 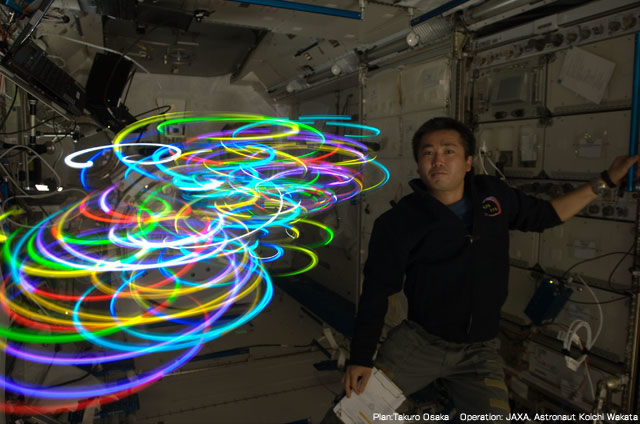