Spider-Man and Batman give the Toronto public an epic battle of humorous proportions in filmmaker Sean Ward‘s video Spider-Man VS Batman in Toronto. With both crime fighters’ films coming out so close together, there was no doubt going to be an up close exchange between the two.

In case you missed it, we also wrote a post about Sean’s earlier viral short Batman’s Night Out. 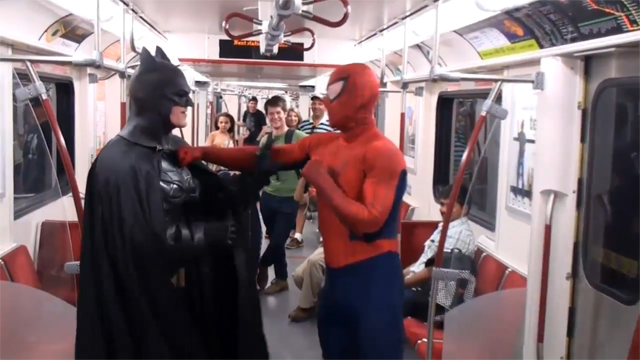 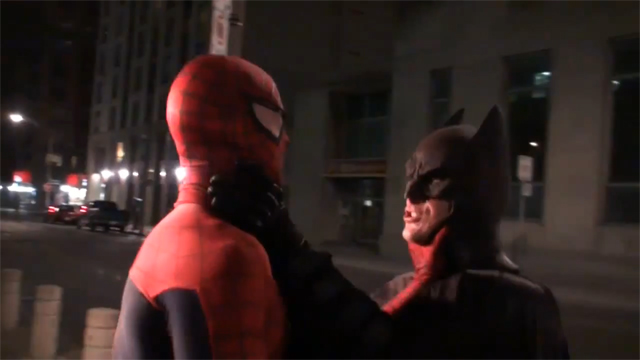 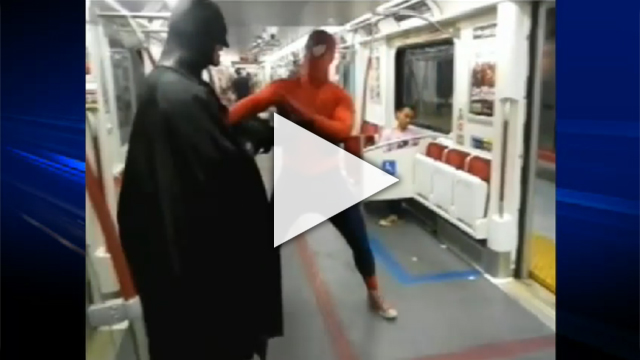 Canadian TV News (CTV News) aired a broadcast of the subway brawl and added in a bit of their own fun commentary.

via CTV News and io9