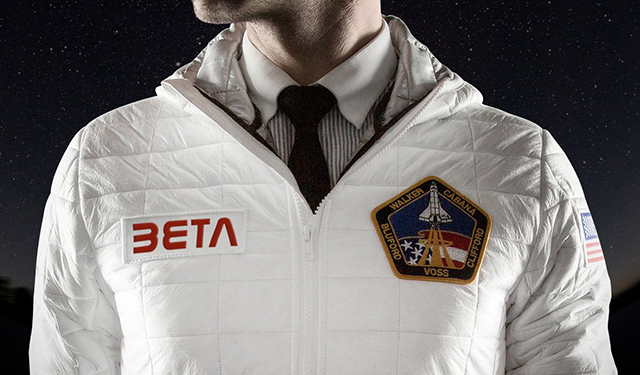 The Space Jacket is a NASA-inspired white thermal jacket by Betabrand that is described as being “boldly different, yet also completely wearable and well-suited for space.” The prototype was designed and brought to life by Steven B. Wheeler. Betabrand is currently raising funds online to turn this prototype jacket into an actual product.

I designed this jacket as a tribute to the continuing legacy of American spaceflight. I wanted it to embody everything I loved about the space program, and to eventually serve as an actual flight jacket for present-day astronauts on missions to the ISS. I drew my design inspiration from the exterior of the Space Shuttle, with the quilted lines of stitching echoing the paneled surface of the spacecraft. The white, non-woven Tyvek shell also calls to mind the EVA suits worn by astronauts during spacewalks. The inside lining is a silvered nylon taffeta, chosen not only because it visually references the “foil” MLI used on the exterior of satellites, but also because it helps retain radiant body heat.

The prototype includes a replica of the STS-53 shuttle mission patch, the famous NASA “worm” logo used from 1975-1992, and an American flag shoulder patch, like the ones on EVA suits. 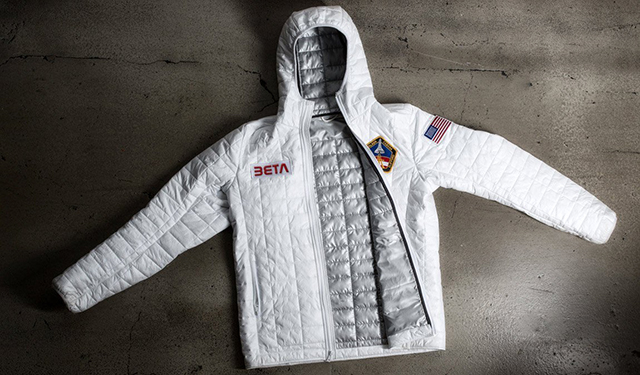 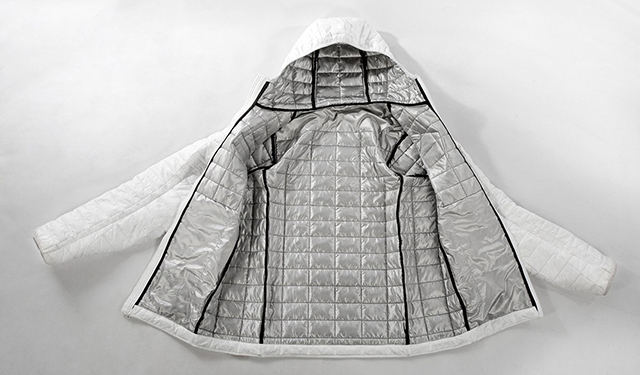 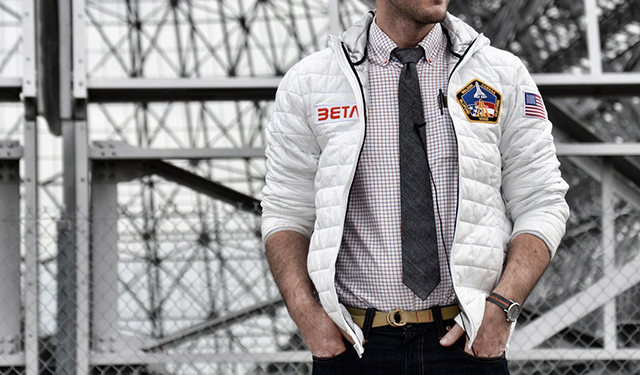 images and video via Betabrand