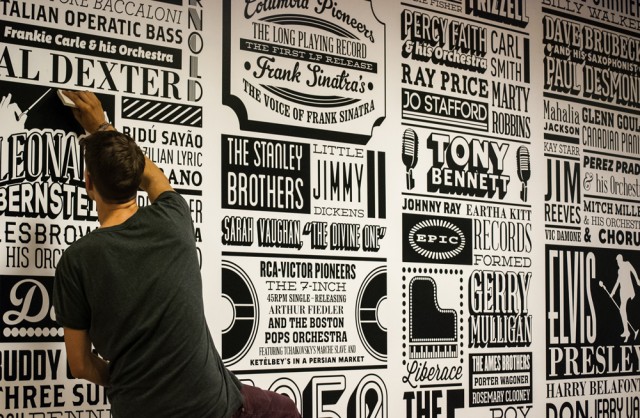 Designed by Alex Fowkes, the Sony Music Timeline is a massive typographic installation that celebrates Sony’s 125 year musical history. It features nearly 1000 artist names “signed to Sony Music and its affiliated labels from the foundation of Columbia Records in 1887 to the present day, including musical icons Elvis Presley, Jimi Hendrix, Bob Dylan, Bruce Springsteen, Janis Joplin, The Clash, Michael Jackson and many many more.” The installation consists primarily of CNC cut vinyl and can be found at the Derry Street offices of Sony Music Entertainment UK in London. Take a look at their timeline process video and a time-lapse video of its creation, both filmed by Rob Antill.

…Interspersed among the artist names are certain key developments in technology, musical formats and corporate history – from the invention of early recording cylinders to vinyl, cassette, CD, radio, MTV, the Sony Walkman, the iPod and the introduction of digital streaming services.

The work is organised by decade into 54 columns measuring over 2 meters tall and covering almost 150 square meters of wall space. 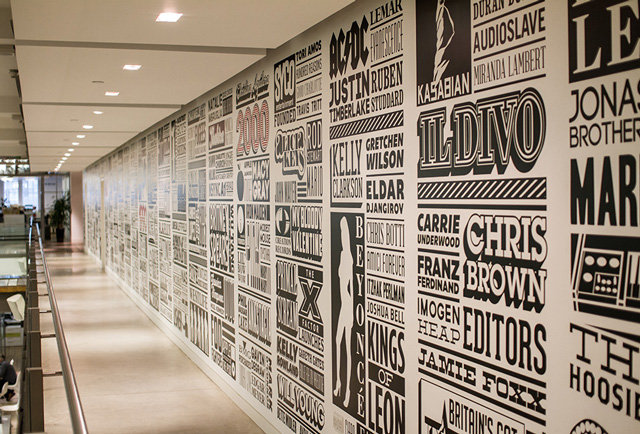 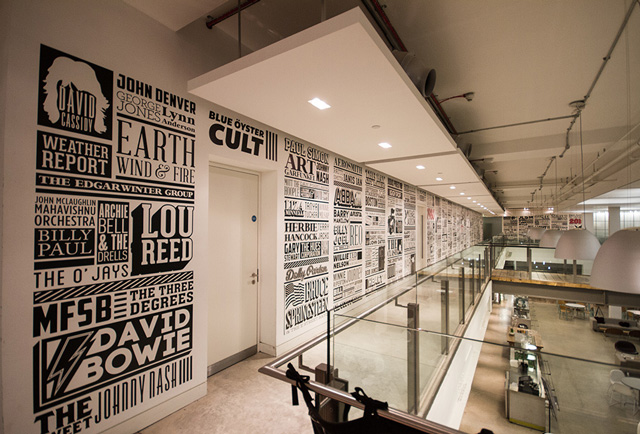 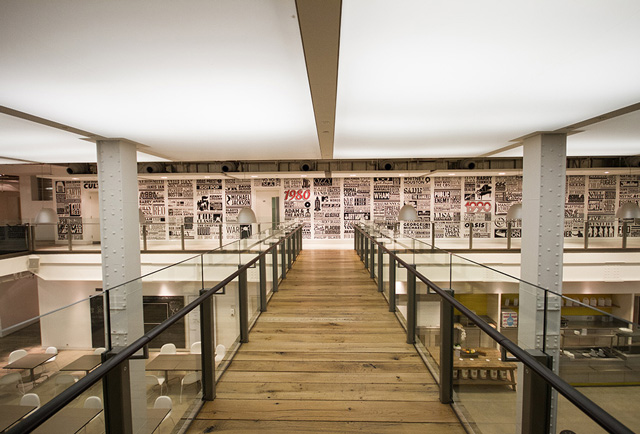