Something Ventured is a 2011 documentary about the investors who, beginning in the late 50s, pioneered venture capital and fueled early start-ups like Intel, Apple, and Genentech. The film was directed by Dan Geller & Dayna Goldfine. It is now being broadcast on public television stations (check local listings).

Beginning in the late 1950?s, this small group of high rollers fostered a one-of-a-kind business culture that encouraged extraordinary risk and made possible unprecedented rewards. They laid the groundwork for America’s start-up economy, providing not just the working capital but the guidance to allow seedling companies to reach their full potential. Our lives would be dramatically different without the contributions that these venture capitalists made to the creation of PCs, the Internet and life-saving drugs. 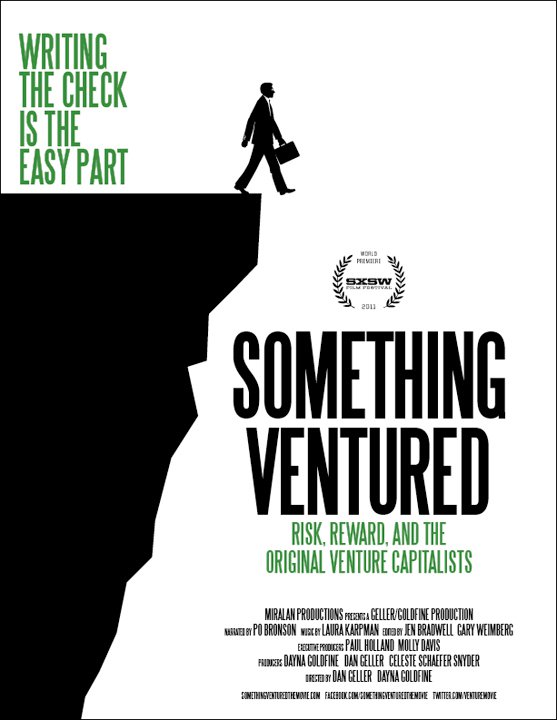