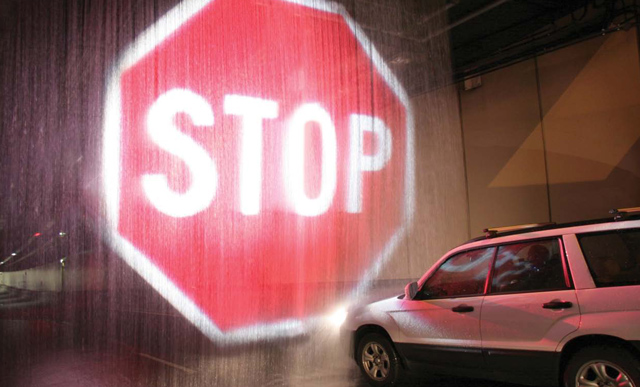 The Softstop Barrier System projects an enormous image of a stop sign across a roadway in an emergency. The system deploys in less than three seconds, releasing a curtain of water on which the stop sign is projected. It is currently used at Sydney Harbour Tunnel to prevent oversize trucks from entering and damaging the tunnel. As this video from Australian TV station Ten dramatically demonstrates, the Sydney installation works even when an inattentive driver misses a series of other stop signals. The system was developed by Laservision, a company that primarily makes large-scale displays for entertainment. 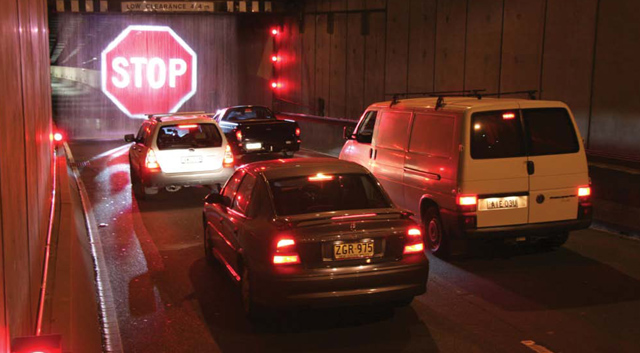