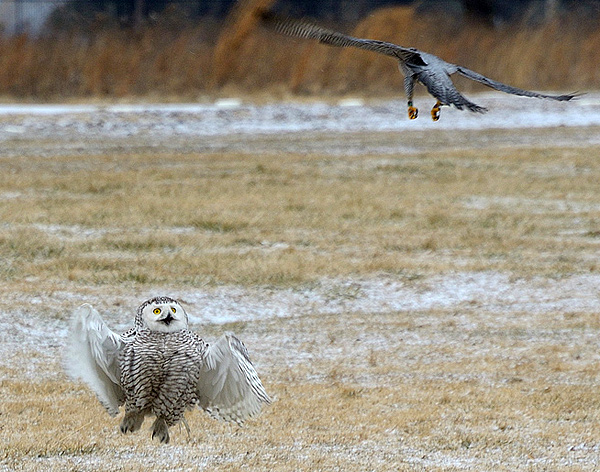 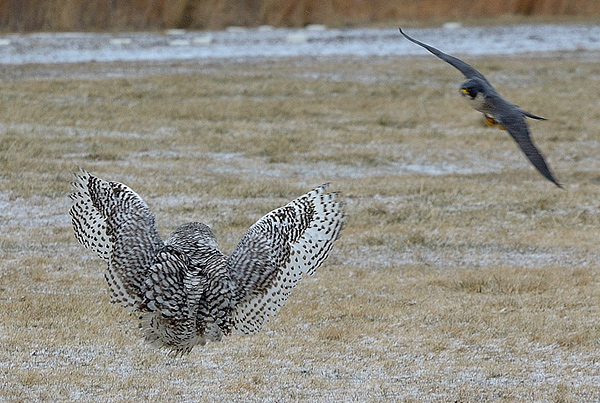 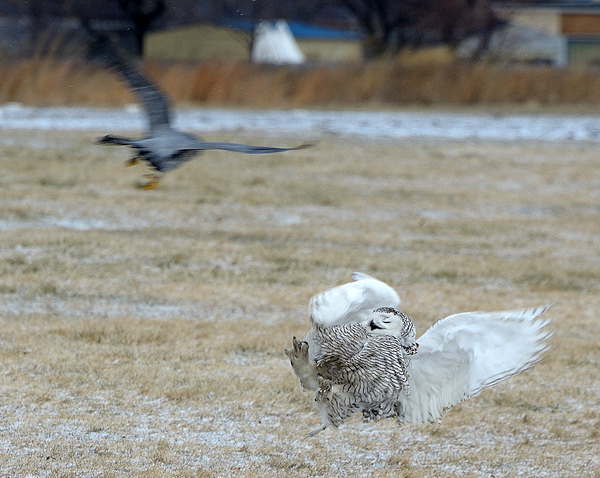 This astonishing duel between a Snowy Owl and a Peregrine Falcon took place in a Chicago park back in January. The duel was photographed by bird enthusiast Rick Remington. It ended in a draw.

I could tell just before the Falcon would attack by the way the Owl crouched down and got ready to lunge. It would do a somersault just as the Peregrine approached and flash its nasty talons in an attempt to scare off the Falcon. The battle lasted for 5 full minutes before the Falcon headed off in another direction and the Snowy Owl flew down to the rocks by the lake. It was a surprisingly violent and noisy encounter, with both birds shrieking loudly and the owl extending its giant wings to intimidate the smaller falcon. I fully expected this to end badly for the owl based on what I was watching. In spite of the obvious mismatch, the Snowy Owl managed to hold its own and escape unscathed.

Thanks to Jennifer Lynch for the tip.