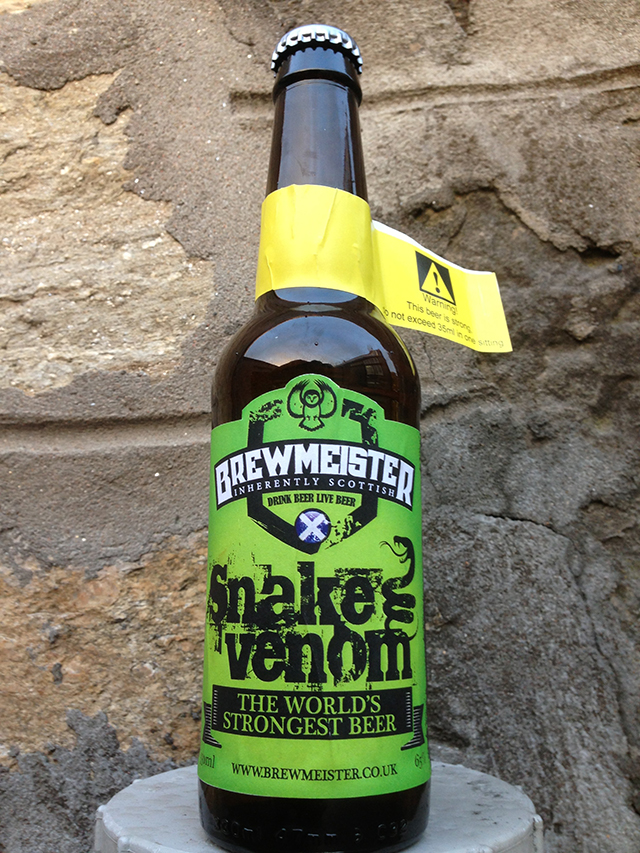 Scottish brewery Brewmeister released Snake Venom, which they describe as “the world’s strongest beer.” It boasts an impressive 67.5% ABV (alcohol by volume), which is very high considering beers are typically under ten percent. Just last year Brewmeister created the Armageddon, their previous strongest beer, which contained 65% ABV. Snake Venom is available to purchase online and ships internationally from The Real Ale Company.

Contains special ingredients to achieve such a high volume of alcohol including smoked peat malt and two types of yeast: beer yeast and champagne yeast.

Unlike Armageddon, Snake Venom is not designed to mask the taste of the alcohol. The alcohol is very strong but the beer still tastes like a beer rather than a spirit. It’s hoppy, malty and very pleasant.

Snake Venom is so strong that we have put a warning label on the neck of the bottle warning drinkers to beware.