To celebrate his recent US tour, which concluded in San Francisco last week, velvet-voiced singer/songwriter Mayer Hawthorne released this music video for his cover the Tony Bennett classic, “I Left My Heart in San Francisco”.

The video features Bay Area skate stars Keith Hufnagel (of HUF skatewear), Billy Teichen and other members of the dirt bag crew, strutting their stuff in an impromptu session along San Francisco’s Embarcadero, effortlessly avoiding the anti-skate hardware and other impediments to fun. 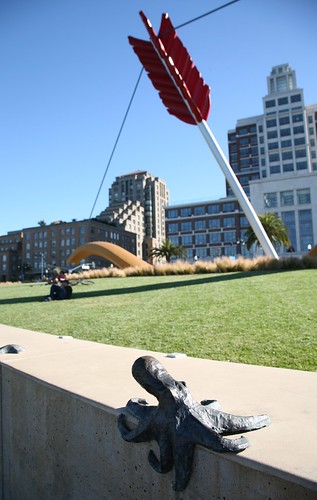 Though not shown in the video, there were even Twitter reports that the dirtbags found some innovative ways to skate Claes Oldenburg and Coosje van Bruggen’s equally loved and loathed sculpture, “Cupid’s Span”, a giant bow and arrow, partially embedded in the Embarcadero greensward. 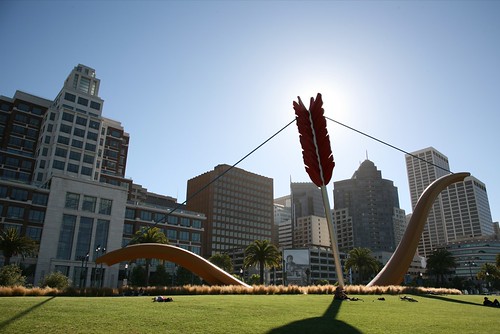 For a limited time, the song can be purchased on an exclusive heart-shaped USB drive, with a t-shirt by Miami designer Freegums. 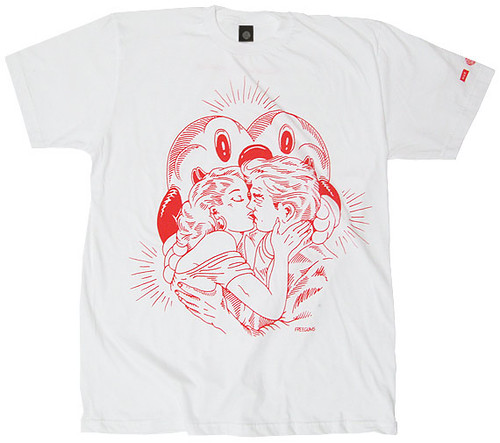