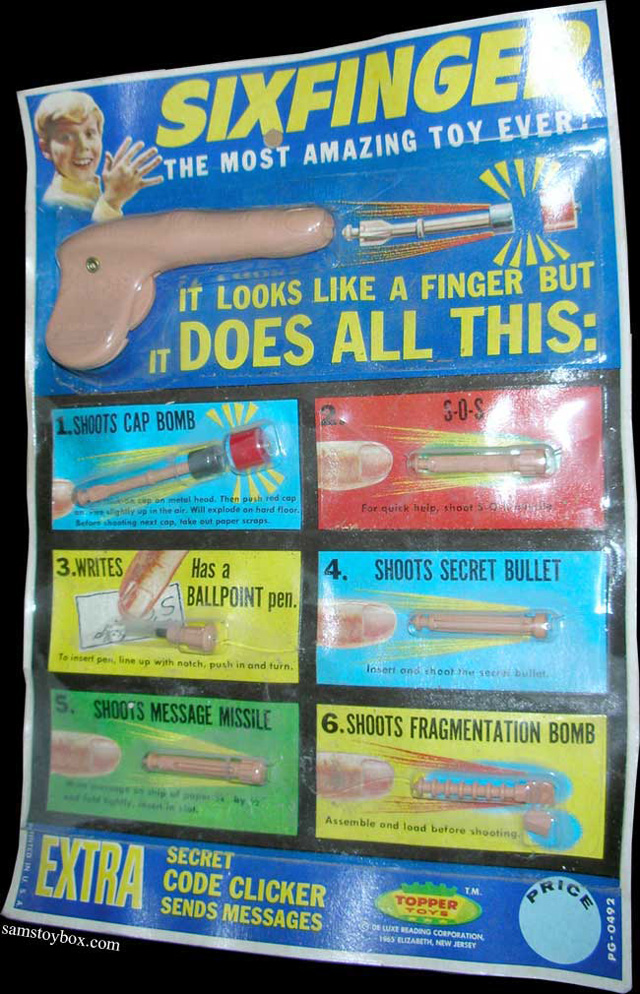 The 1960s Sixfinger from Topper Toys was a clever toy for kids (marketed to boys) that provided an extra finger for fun. The commercial for it is a hoot and shows off its many features, such as writing with its hidden ballpoint pen, shooting off cap bombs at your pals and more. Ignore the obvious phallic shape and revel in its singing ad that will make you wonder “how you ever got along with five”.