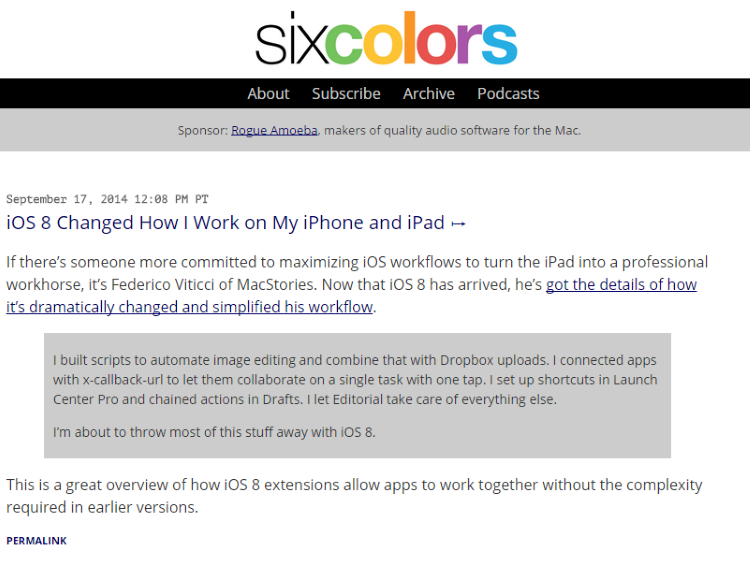 Six Colors is a new site by former Macworld lead editor Jason Snell — where he served for over a decade — that focuses on coverage of Apple as well as other technology companies. The name of the site traces back to an old saying.

Back in the olden days, Apple’s logo featured a rainbow of six colors. Longtime Apple fans and employees used to say that if you cut them, they would “bleed six colors.”