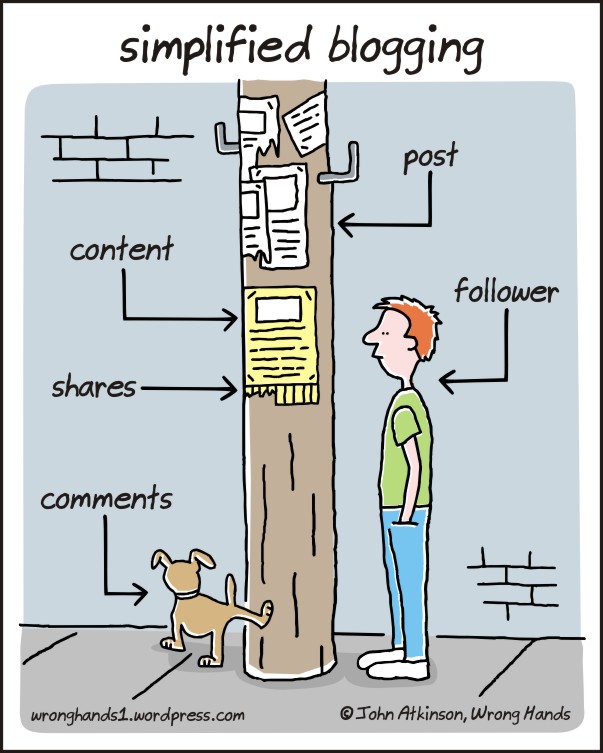 “Simplified Blogging” is a clever comic by John Atkinson of Wrong Hands breaking the world of blogging down to its most basic form. The “comments” section is great. Previously we wrote about his comic, “Vintage Social Networking.”