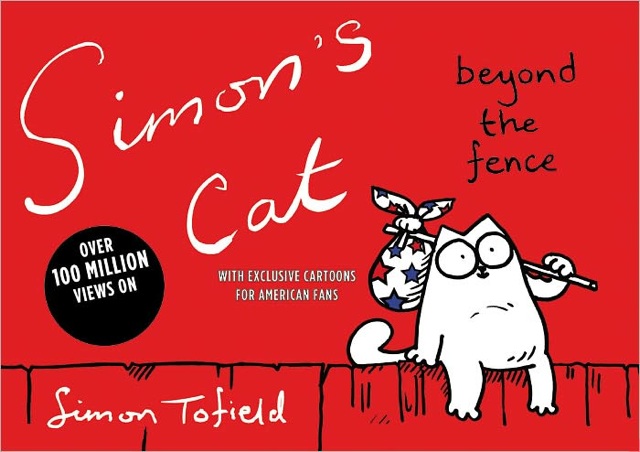 Simon’s Cat: Beyond the Fence, the second book featuring the adventures of Simon’s Cat, created by Simon Tofield.

Simon Tofield’s animations have taken YouTube by storm. This book based on the popular animated series. SIMON’S CAT depicts and exaggerates the hilarious relationship between a man and his cat. The daily escapades of this adorable pet, which always involve demanding more food, and his exasperated but doting owner come to life through Tofield’s charming and hilarious illustrations.