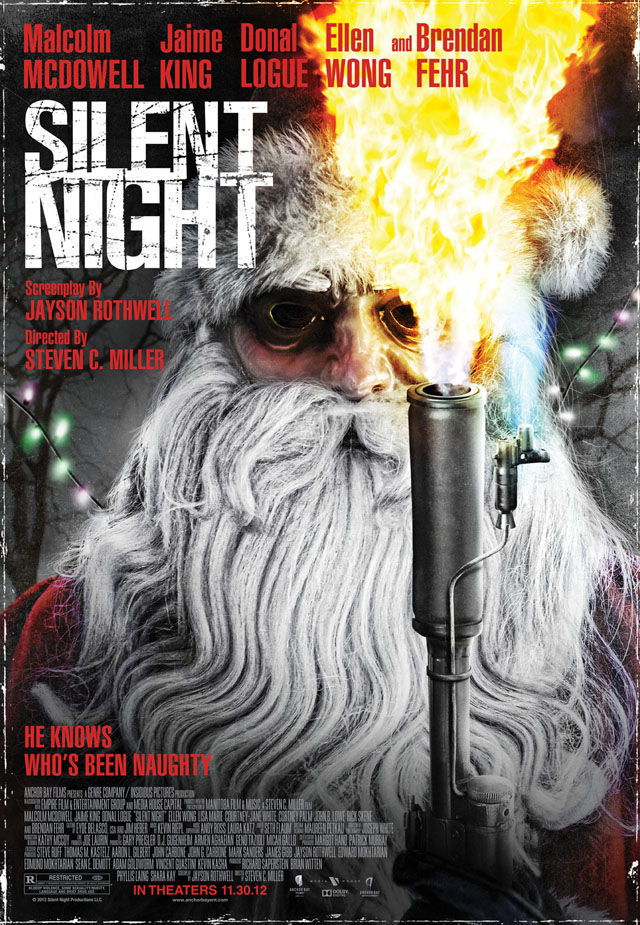 Anchor Bay Films‘ upcoming Santa Claus horror film Silent Night, directed by Steven C Miller, is a loose remake of the classic 1981 horror film titled Silent Night, Deadly Night. The film stars Malcolm Mcdowell and Jaime King who play a sheriff and deputy looking for a Santa Claus on the loose that is killing citizens in their community on Christmas Eve for being naughty. Silent Night will be showing in ten select U.S. metropolitan area theaters on Friday, November 30th. It will be released on Blu-ray and DVD nationwide on December 4th. You can view the official trailer for the film below.

McDowell and King star as a small-town sheriff and deputy on the hunt for a murderous Santa Claus terrorizing their community on Christmas Eve. But with the streets full of Santas for the annual Christmas parade, the killer is hiding in plain sight. He’s made his list, checked it twice, and the naughty are going to pay with their lives. 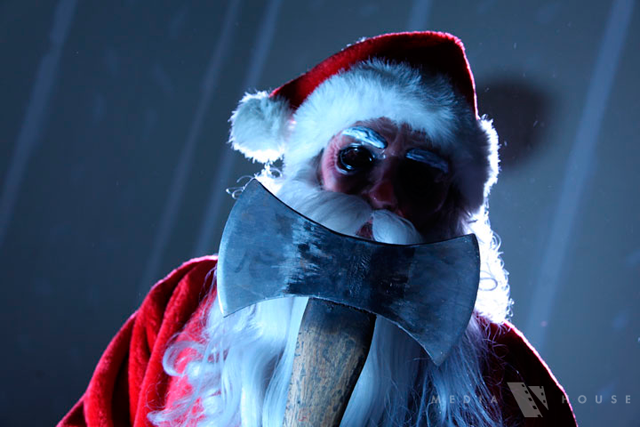 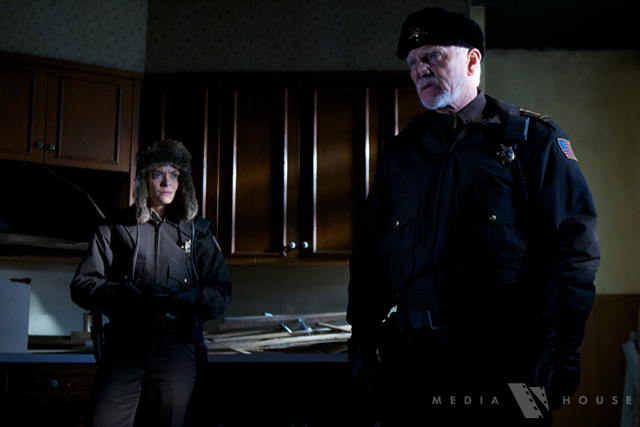 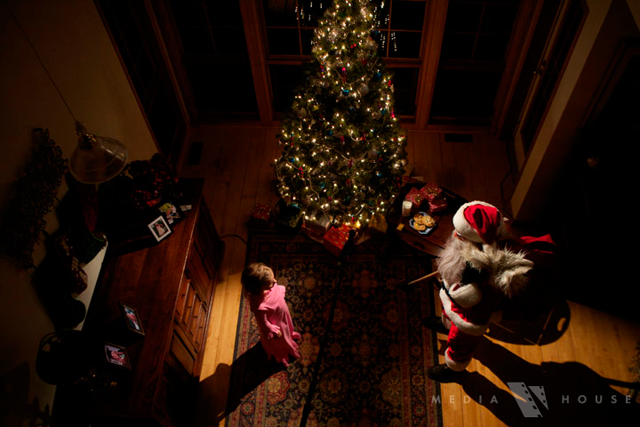