Sign Painters is a documentary about the art of sign painting in America. Filmmakers Faythe Levine and Sam Macon look at the history of the trade, from its pre-1980s dominance to its decline in the face of cheaper digital technologies. They’ve also published a companion book. The documentary will be released later this year—check the site for screenings.

There was a time, as recently as the 1980s, when storefronts, murals, banners, barn signs, billboards, and even street signs were all hand-lettered with brush and paint. But, like many skilled trades, the sign industry has been overrun by the techno-fueled promise of quicker and cheaper. The resulting proliferation of computer-designed, die-cut vinyl lettering and inkjet printers has ushered a creeping sameness into our landscape. Fortunately, there is a growing trend to seek out traditional sign painters and a renaissance in the trade. 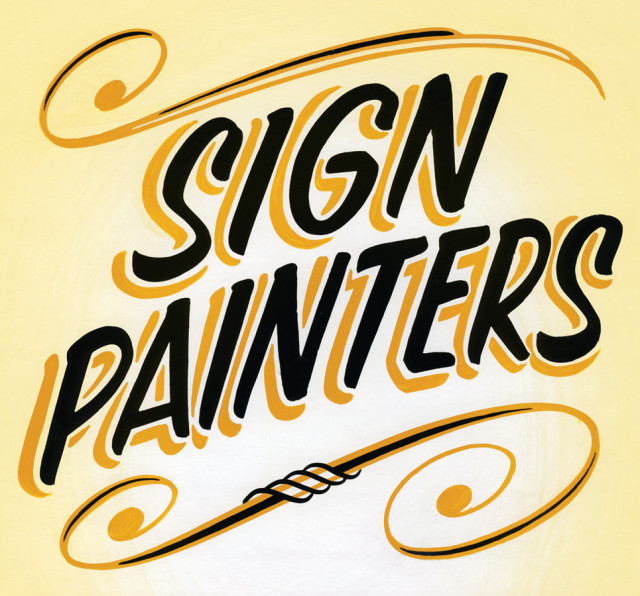